While the context of Erich Mrak’s “Girls” centers around a recent heartbreak, the core message of the song lies in the supportive dynamic friendship plays in encouraging someone they can do better. “Girls” was recorded at Revolution Recording, Toronto. Initial production, and writing for “Girls” began in July, 2019 during a heatwave midway through a three day session. “Girls” was almost left unfinished due to it being too upbeat in contrast to earlier material recorded between 2017 – 2019. The revisions of “Girls” led to a dramatic shift towards a more pop oriented sound on “Glimpse”. The influences behind “Girls” lie somewhere between Post Malone, Tame Impala, and The 1975. With the guitar heavy production, processed vocals, and content derived from interpersonal relations.

Beginning to write lyrics at the age of 7, and recording his first full song at 13, Erich has continued to practice, and refine his sound since an early age. Born in Ottawa, based in Toronto since 2013, Erichʼs influences come from where heʼs been, and where he currently is. Over production that is made up of two main genreʼs, pop, and hip-hop, Erich displays a combination of the two with a genuine delivery, penning songs that are relatable, with message. Recently amassing over 400,000 streams collectively on various singles, and completing his album, “Glimpse”, Erich shows no signs of slowing down. Outside of the album, Erich’s most recent achievements lie in the practice of piano since the start of the quarantine. Erich has been recording live performance covers in his living room, intending to release them between single releases over the next few months.

Brooklyn born producer/emcee Smuvemass Beats is back on the scene with a dope banger “One Night” is a story thats based on actual events of when his brother got shot. Smuve paints the picture with sharp, stunning lyrics over a stark Dj Iceman Beat. this is for those that like that raw, gritty hip-hop. 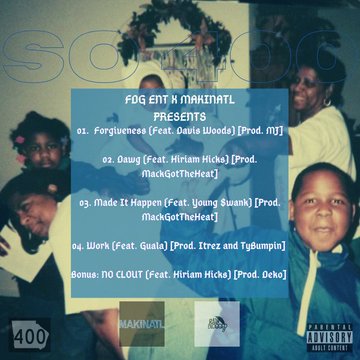 YoungMax400 is BACK! After the release of his project in 2018 entitled Man On 400, Max was going to do a sequel to his first project “DueToTheFact” but the artist had a change of heart and wanted to make a project about his side of town. So 400 was birthed from that. Max released his first loosie “Shyne” earlier this year and then performed (pre rona) at his own event #LOT44. The artist put his heart and soul into the 5 track project. The project details his life living on the Nawfside of Atlanta. “So 400” included the #imso400 for his part of town. The project has 4 features that includes all artists from his side of town: Davis Woods, Hiriam Hicks, Young Swank, and Guala. Check out “So 400”. 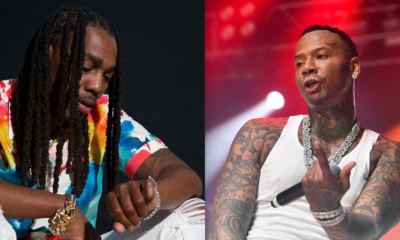