Miami recording artist Lunchmoney Lewis, also known as LML, moves on from his buzzworthy Songs in the Key Quarantine project with the release of the sing-a-long visual to his new single, “Cheat.” Stream it via Lunchbox Records, the hitmaking creator closes out the year with an exciting preview of what he has in store for 2021 which includes new music, collaborations and album.

“Cheat” is the familiar fun-loving Pop sound grassroots fans are used to from Florida boy. For newfound fans, they won’t get enough of the Saweetie and City Girl collaborator’s light-hearted nature, diversity and limitless potential. The birth of Lewis latest came from his flirtatious side ready to get back out into the world and have some fun.

Lewis on the making of “Cheat”:

“Cheat is a record I did for fun that turned into a good idea. I like making people dance about things that are traditionally taboo. it’s a song you can 2-step to with your wife or girl and just forget about life worries, at least for a moment.”

The new single is a direct follow-up to LML’s 2020 wave rider which spawned hit songs and visuals “Toliet Paper” and “Thank You.” Upon the release of the new single, Lunchmoney Lewis announced his next album is coming 2021, titled, A Good Time For No Reason. “Cheat” is the perfect jump-on point for any newfound fan.

Directed by The Goldsmyth, the animation is created by Halatrax and Phil Phever. “Cheat” is produced by the talented Cristina “Cris” Jerome. For everything LML, follow the new star on Instagram for daily updates.

Watch the wordplay below and stream Lunchmoney Lewis’ latest project, Songs in the Key of Quarantine, here.

San Francisco rapper B3hree was on a tear all 2020 releasing music and visuals and continues his hot streak with...

It’s got to be a full moon because the vamps is hanging all the way up side down, for this...

Latest Video from the “CITY ON FIRE” compilation from Black City Enterprise. The Gatlin from Sacramento, CA and QB, Vallejo... 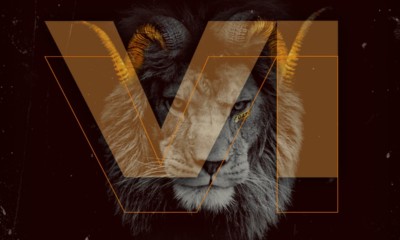 VI by Archangel https://audiomack.com/archangel-3/song/vi What can we say…..there has to be something in the water that is creating some extremely...