Raised in Harlem N.Y. and breast fed by the rough streets of sugar hill; Karast Is 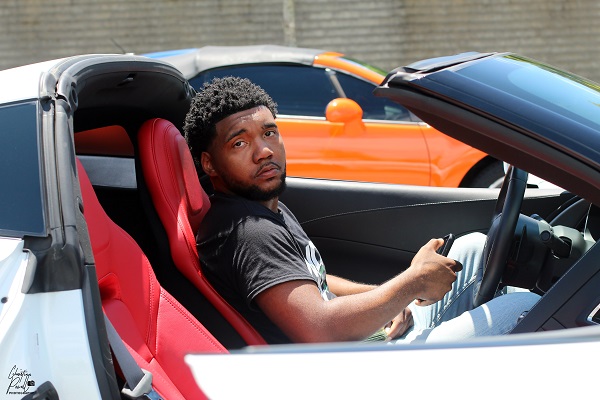 Driven by his passion to help music grow in his community, Jarvis Welch, better known as PaidJake, decided to pursue his career in the music industry. Born and raised in Atlanta, Georgia, his professional journey started in 2015 when he began representing gifted artists across the country.

Growing up, PaidJake was inspired by legends such as Escape the Fate, Lil Baby, and Blink 182. Their ability to produce brilliant music and stir emotions fascinated and encouraged him to learn more about the music industry. His focus on the intricacies of music production was developed by watching experts such as Ike Turner and Jay Prince.

PaidJake’s desire to create unique, bold, and uncompromising records, combined with his entrepreneurial spirit, inspired him to create Atlanta City Records in 2018. Through his company, he hopes to collaborate with like-minded artists while supporting their vision with his expertise and knowledge.

Offering record label and music industry services, Atlanta City Records aims to align artists with a purpose whileencouraging their professional development. Through this platform, PaidJake hopes to enhance music knowledge in his community by creating opportunities for young artists to learn and grow.

Atlanta City Records strives to provide opportunities to young and creative artists who are looking for a platform to celebrate their craft and polish their skills. The label enjoys working with talented and creative individuals from around the globeand helping them achieve their dreams. Currently, Atlanta City Records is working with Flame Gotti, Yung Frost, and Asia Marie, three young artists, brimmed with the passion to create awe-inspiring music.

Throughout his career, PaidJake has encouraged artists to take creative risks and reach for greatness in their work. While hehas made a name in the music industry owing to his successful record label and outstanding management style, he hopes to establish and run two production companies in the future. 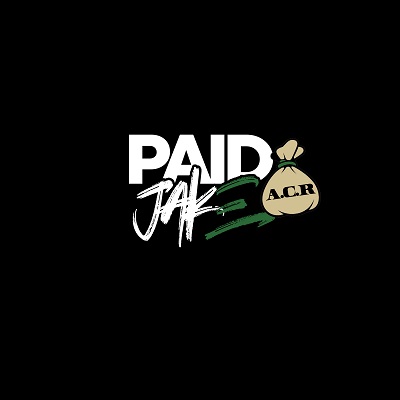 Independent Artist ShaqO Is Up Next

ShaqO is an independent artist that you should be on the lookout for. He recently dropped a new project called In A Real Way. ShaqO shows off his talents and his impressive ability to deliver some powerful verses while maintaining his usual turn-up energy and vibe.

“This project is basically about myself, how I be feeling about women, how I want love but at the same time it’s tricky, and overall just me having fun,” ShaqO said in a recent interview.

In A Real Way is a project that speaks to ShaqO’s ability to remain versatile. He’s someone who has the ambition and talent to take his skills to the next level, and continues to showcase what he has to offer to the world.

His distinct sound sets him apart from his peers, and one of his goals include inspiring as many people as he can through his music. Keep scrolling to learn more about ShaqO and stream his project In A Real Way, out now on all platforms!

What city are you from/ Where are you based now?

I am from Rialto, CA which is located in the Inland Empire. I am based out of Los Angeles now.

My artist name is ShaqO and my real name is Shaquille. I got my artist name a couple of ways. So in high school the homies would always call me ShaqO. Just adding an “O” after a name was the thing to do. Also my abuela is from Nicaragua and only speaks Spanish. She can’t really pronounce my name all the way so she would call me ShaqO.

At what point in your life did you decide to pursue a career in music?

Growing up I was involved in band and I played the clarinet. I stopped playing in 8th grade because I had one of those “teenage” moments and thought band was for geeks. I always loved music and I would often find myself writing down my favorite lyrics from my favorite artists in a notebook. I would always be rapping and playfully freestyling at lunch etc. My senior year of high school I just randomly made a song one day and decided to put it out. I started walking with a cane my junior year of high school and people started calling me 2canez my senior around the time 2 Chainz blew up. Nonetheless this all contributed to me making music.

Has your upbringing played a role in shaping who you are and defining your sound today? If so, how?

My upbringing has played a role in who I am and my sound. Growing up my uncle and grandparents played everything. My uncle had all rap/hip hop and R&B music. My grandparents played all oldies and I had to listen to all of them. I took a liking to a lot of west coast music and oldies. A lot of my sound is very West Coast and ratchet but I like to add a dash of smoothness in there.

How would you describe your sound to readers who may not be familiar with you?

My sound is very unique because I like to add my own twist on my ad libs and the way I say my words. I cannot really compare myself to any artist because I am me, but nonetheless it is unique in its own way.

What ultimately inspired you to dedicate yourself to a music career?

Well my love for music really. But I feel like I can be the figure for other people to come out of their shell and do what they want to do.

What’s one reason you are passionate about music and what inspires you?

Music is the medicine for the soul. It is the only thing in life that can give you a wide range of emotions and memories that last forever. My inspiration comes from my family and others who are genuinely happy and love music. My grandmother loved music and she loved to dance, so she often comes to mind when I’m doing music.

Who are some of your main musical influences?

This is a great question. Some of my musical influences are Drake, Suga Free, and Nas.

What are some of your music career goals for the future?

My music career goals is to be the best me I can be in music and have fun with it. Enjoy my process and take the L’s with the W’s. I also hope to inspire as many people as I can through myself and the art process of my music.

Tell us about your latest project that just dropped, In A Real Way. What’s it about?

The project I am promoting is titled In A Real Way. This project is basically about myself. How I be feeling about women, how I want love but at the same time it’s tricky, and overall just me having fun.

What has the response been like to that project?

So far I have dropped two singles “Him” and “Set It Off.” People have seemed to really like them alot. I have gotten a lot of positive feedback regarding the tape and I can tell people are excited.

What are some projects you’ve done in the past that you are most proud of and why?

Some projects I have done from the past is Live From the 9 and W.H.R.O.T.Y. I was most proud of Live From The 9 because I feel like not only was I in a great space at that time but it has one of my favorite songs I did. That project is what kind of got me more fans.

What’s next for you? Are you working on any upcoming projects we should be on the lookout for?

What message do you hope fans take away from your music?

I hope fans take away the message that it is okay to be you. Embrace it and have fun with it because there is only one you and you are responsible for your own happiness.