New dad Omarion has a new sexy track with R&B crooner Jeremih titled “Show Me.” Meanwhile, Chris Brown is serving up some falsetto realness on Instagram. More inside…

MMG singer Omarion just welcomed his first son Megaa Omari Grandberry last week. And now, he’s ready to get back to the music with his newly released track. O linked up with Jeremih for their new Da Internz-produced slow jam “Show Me.”

Maybach O is also gearing up for his debut MMG album Sex Playlist, while Jeremih is prepping for his Late Nights: The Album (scheduled to drop later this year).

Take a listen below:

Proving the fast lane hasn’t affected his vocals (yet), Chris Brown hopped on Instagram last night to flex his falsetto range. Donning his new blonde cut, the “Loyal” singer shared a short clip of him hitting a few high notes from DJ Khaled’s recently released “Hold You Down” track featuring the VA native, August Alsina, Jeremih & Future. And he still sounds good. Check it above.

Get ready to hear a whole album’s worth of Breezy’s riffs on his long awaited X, which drops September 16th.

The “Drake vs. Lil Wayne” 31-city tour has kicked off. And while performing in Illinois on Sunday, Drake took a few jabs at Breezy’s “Loyal” track, which features YMCMB artists Lil Wayne and Tyga.

After Wayne spit his verse on the track, Drizzy follows up with,

“That shit sounds like a f*ckin’ car commercial or some sh*t [laughs]. That’s what y’all cheering for? This n*gga Tyga at the movie theater with Chris and sh*t.”

There goes Breezy and Drizzy’s newly formed friendship. OR…he could have been just poking fun at Weezy since they’re “battling it out” on stage for their tour?

NO WEDDING PARTY: Ciara ALLEGEDLY Calls Off Engagement To Future…..BECAUSE HE CHEATED?!

This is our ElectroTech VideoMusicTune

First Lady Of Griselda the buffalo Kids Armani Caesar is here! Armani Drops Visual off Her Debut Album “The Liz... 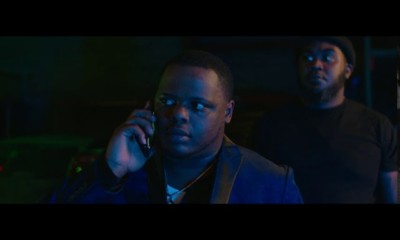 Jonesville, Louisiana rapper, Rod West, has been working tirelessly hard for years now, just to get to this moment of...

Dope Boy Troy follows up with Vol 2 of the Troy Ave series. Vol 2 lead off single is “She...

Independent artist Ascension AKA Gushee from Richmond, Virginia and Caskey from Cash Money Records recently collaborated on this new single...

Since Coming home after his short Federal Bid, 6ix9ine has been trying to get back to where he left off...