NEW YORK, NY – Mustafa Shakir has made a name for himself in Hollywood as one of the best character actors in the business. Many fans would recognize him as the super villain and crime boss John McIver – AKA Bushmaster – from the second season of “Marvel’s Luke Cage.” Others might recognize him as Big Mike from HBO’s drama “The Deuce” or as Victor from the Emmy Nominated series “The Night Of.” He’s currently shooting scenes in New Zealand for the upcoming hit Netflix series “Cowboy Bebop,” which is slated to be released at the end of the summer.

But long before he became one of Hollywood’s go-to actors, Shakir was pursuing his first love: music. For as long as he can remember, music has been a cathartic outlet for him, and over the years, he’s written and released singles that have entertained a small but loyal audience as well as a mixtape called “Masterpiece Theater,” which are streaming on all digital platforms. He hopes to expand that audience with his latest single “Merica” – the first off a new album called “Magia Negra,” which is due to go wide in distribution later this year.

“Merica” is a tongue-in-cheek satirical take on the culture that permeates most of the country today. Shakir calls it an “anthropomorphic take on America” in that the song is talking to America as if it was a person.

“It’s basically like America is a Karen,” he said. “I’m talking to the myth of America – reading her her rights according to what’s going on currently. There’s specificity but also general themes I’m speaking about. It’s spoofy – kind of in the spirit of Eminem’s ‘Slim Shady.’”

The mid-tempo song has a funky swag that serves as a perfect platform for Shakir’s soulful flow. It has a sound that would fit perfectly as a track for one of the shows or films he’d be featured on. And the lyrical content is equal parts challenging and entertaining. It feels like Lauryn Hill-meets-Jay-Z. It’s easy to see how a wide range of influences – from The Roots’ Black Thought, to Common, to a Tribe Called Quest – have made an impact on his style. But at the end of the day, the swag of his sound is 100 percent Shakir.

“I feel like I’m a lyricist, first and foremost,” he said. “There’s simplicity but also a lot of complexity to it. If you study the lyrics, you can tell I’ve read quite a bit. There’s some intelligence behind it all. I want to be known for flexibility. I’m a chameleon – you can see that as an actor when I’m switching in and out of characters. But that’s also true of the different flows I bring. There’s variety with my music, but not so much that I don’t come hard with it. I want to be able to give people different flavors but without losing my individuality. So you’ll get a lot of different energies, but the core will be the same. There’s thoughtfulness, fun, and most of all creativity. That’s a big word for my music. I want to bring the art back into Hip Hop. I’m not doing it for the dollar – this is an expression of who I am.”

Shakir said “Merica” is just the first of what he has planned for 2021. He plans to release a couple more singles between now and the summer, and then would like to drop the full album “Magia Negra” by July or August. He’s proud of the project and the people he was able to collaborate with. One song features India Arie – making him the first rapper she’s ever collaborated with – while another features Heather Victoria. He also worked with producers James Goldfingz Wheeler, Langston Masingale, and Voli Martung (who is the producing partner of Young Guru).

To listen to Mustafa Shakir’s music or to follow him on social media, please visit:

Introducing Jordan Webb. A fast-rising recording artist out of Nashville, Tennessee with an intriguing flow, interesting style and exciting new music about to change the game in 2021. Today, he delivers a quick tape in the newly released EP, titled, Two Peace.

A quick two-song collection, the 25-year-old entices his new audience with music about two opposite perspectives most of us move through when dealing with heartbreak. The project is filled with crafty smooth heartbreak and futuristic imagery. You can hear the hunger in his music from beginning to end. “I’ve been doing music for about 11 years but I treat every song like it’s the first one I’ve ever written and the last one I’ll ever write,” he says.

Two Peace is lead by Webb’s standout single, “Sore Loser.” Webb expressed, “Sore Loser is a particularly special song to me. When I wrote it, I was fresh off the cuff of a terrible situationship and had this idea of making a sad n*gga anthem for anyone who’s felt similar after dealing with someone who ends up wasting your time.”

The new EP is the perfect origin point for any newly discovered fan, it’s a project that will connect with you instantly as we all have dealt with our fair share of love lost. For Webb, it’s a real personal effort for the new artist.

“Two Peace is a really intimate project,” he assures. “Sore Loser was the first song I recorded when I moved to LA, while Care For Me was one of the last collaborative songs I made before moving from Nashville, TN a couple years ago. Both songs have super different tones but tackle the same subject matter at different time periods in my life. I think this growth of emotion and the juxtaposition between the songs is what really drew me to keeping this a two-song project.”

The EP is available everywhere via Jordan Webb’s own imprint. Stream it here.

Nai is an ascending R&B singer with tremendous talent, exciting music and anticipation to be the next big thing in R&B. Today, she continues her ascent with the release of her new EP, titled, May 3rd (The Remixes). The new release is arguably the origin of a lot of great music to come from the new artist in 2021.

Available on Hardcover Records LLC, the six-song reimagined work includes standout singles, like “Alive,” “Don’t Make Me” and “Make You Mine” featuring Timmy. And with the remixes, Nai displays superior vocal range and abilities. She has complete control and an ear that is well in tune with what fans want from their music as we head into the future. May 3rd (The Remixes) is a portal to further exploring the rising star’s complete catalog. Discover Nai and her magnetic new sound, today. 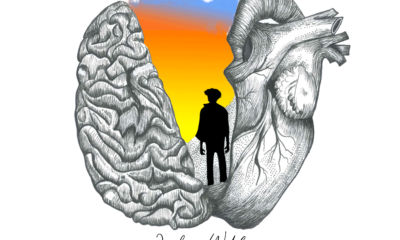 Introducing Jordan Webb. A fast-rising recording artist out of Nashville, Tennessee with an intriguing flow, interesting style and exciting new... 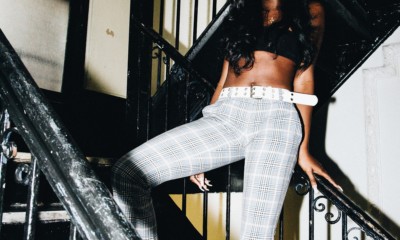 Nai is an ascending R&B singer with tremendous talent, exciting music and anticipation to be the next big thing in... 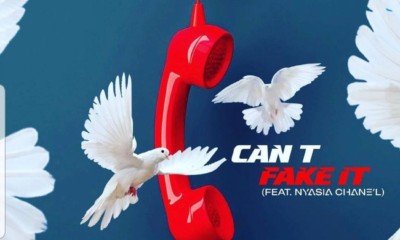 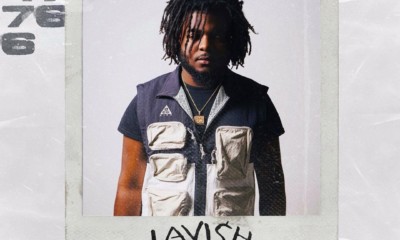 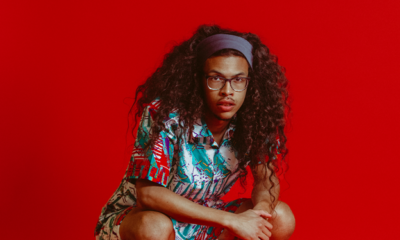 Today Hamilton-based, London (UK) born and bred rapper LTtheMonk releases the first single from his album On The Wall available... 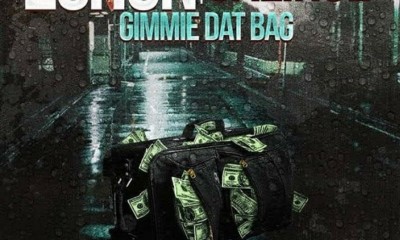