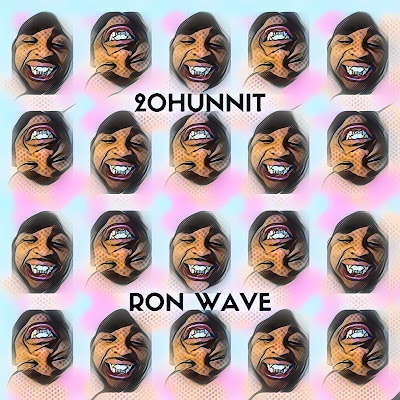 Ron Wave has developed quite a buzz over the past few months as he has accumulated over 100,000 plays on his Soundcloud page. The Baltimore artist proves that his wave is only growing with his latest release, “20 Hunnit” produced by Jon Boy Ice. Ron Wave has created a refreshing new sound and has delivered consistent heat in 2016. We look forward to watching him in 2017 and will keep you posted about the release date of his debut project, “Icey 1996.”
While he might have spent a bit of time in sunny California growing up – make no mistake, Ron Wave IS Baltimore to the very core.  Born to entertain – he grew up acting in commercials and TV-shows before making the most serious move of his entire career with a transition into music and straight to the mic.

Somewhere around his sophomore year, he made changes from being the crazy-guy to getting serious & studying the frequencies and vibrations we all vibe on collectively.  Learning the importance of energy its karmic relationship between humanity and life all around us – Ron’s rhymes also began to take on noticeable positivity and an authentic approach to unifying the people through music.

A true voice for the voiceless – Ron Wave sets the example for balance in life and leads the way to a brighter tomorrow for us all through the lyrics he writes.  A champion of the underdog and tireless enthusiast – Ron makes music to inspire the leaders of tomorrow every bit as much he does to create something big & ballin’ to listen to.  Also affiliated with the high-energy crew MobTown – Ron Wave is one of the hardest-working, dedicated & driven artists making real change within the rap/hip-hop scene…he isn’t just here to spit more rhymes at ya – he’s here to make a difference in this world.