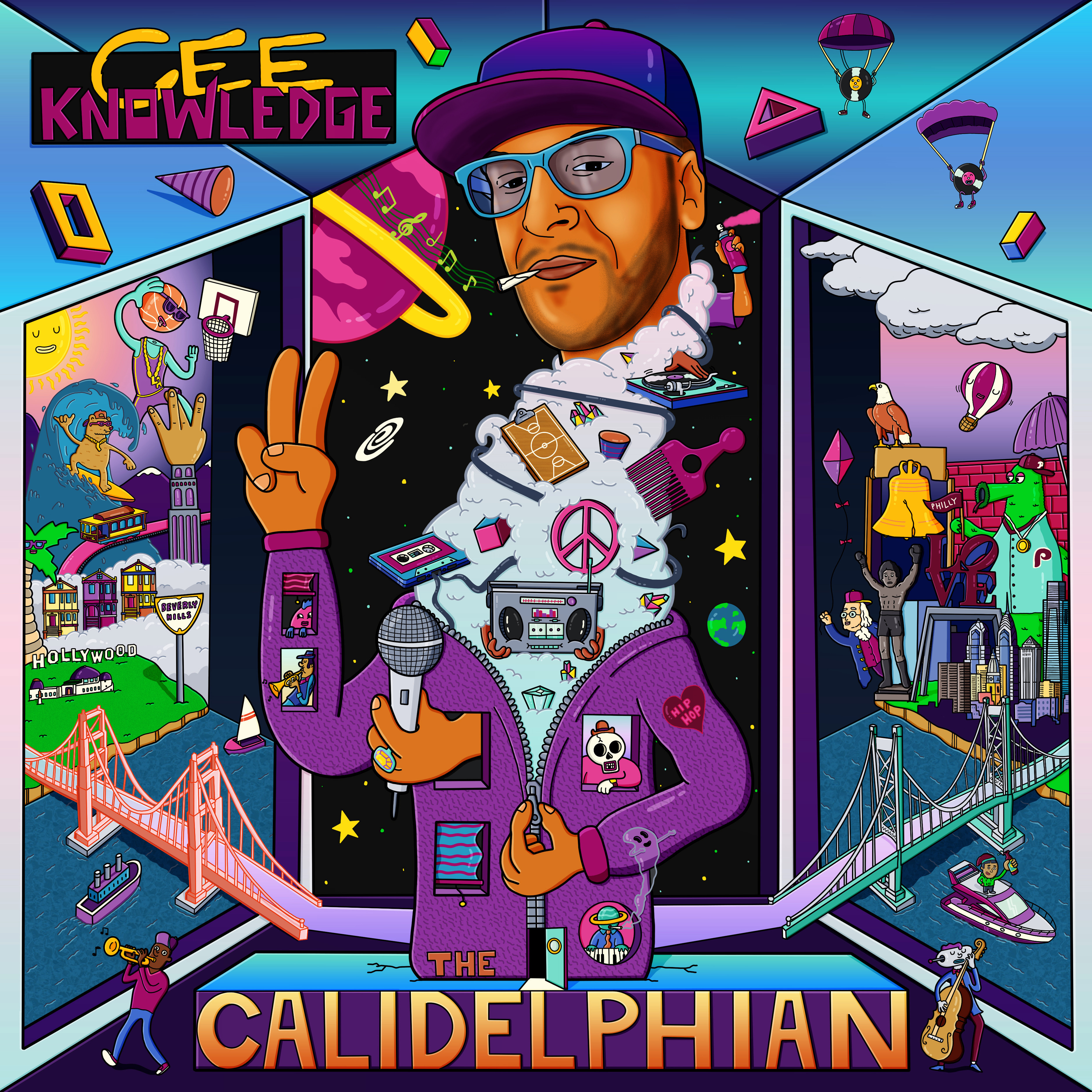 ‘The Calidelphian” embodies the Cali and Philly in Cee Knowledge stamped with his signature galactic style, which synchronizes perfectly with classic Hip Hop cuts and scratches, jazz-infused soul, and funky rhythm and blues. Get your copy of the album (along with bundle packs) exclusively on Bandcamp.

Watch “Do The Knowledge” official video off ‘The Calidelphian” below

MC Beezy calls himself the voice of Houston and it’s evident that the singer and rap artist has a lot to say. Coming from a city that has provided such an impactful rap infrastructure with talent like that of Slim Thug, Scarface, and Trae the Truth, Beezy is standing on his own by creating a diverse, yet soulful sound that edges on the verge of R&B.

Breaking out with his single “Swagged Up I Be Killing It” in 2011, MC Beezy has grown immensely in a craft he’s been participating in since 2008. Born Michael Brown, Beezy always knew he wanted to be a performer and grew up in a musical household with his mother being a singer and pianist and his father being a bass player. It would be his brother to convince him to take rapping seriously and begin his journey as an artist. “Music is what I’ve always known best,” explains MC Beezy, so it’s no challenge for him to excel in the differing lanes of rap and R&B.

Now, he’s preparing to roll out a complete R&B album with Special, but he’s always been prone to adding melodic tones to his music. “I feel like rap is a bit over-saturated,” he explains. “This time around I wanted to show more diversity, songwriting ability, and vocal arrangements,” explains the artist.

MC Beezy’s ability to be diverse is what makes him a star in the making. Not only is he preparing new music for himself and other artists, but he’s building his brand though creating his own clothing line and working on new visuals for his fans to enjoy soon.

In an era where rappers prominently drop singles, Ekoh shows and proves the importance of artistry through body of work and full length projects. Rapper, singer, songwriter, Ekoh is known for his combinations of rapping, catchy hooks, comics references and impeccable flow. Ekoh’s rough upbringing led to a young adult life of stumbling blocks, but he turned to music as his escape. He uses his real life struggle as inspiration for his music, and fans have dubbed his music style “Heart Hop” for the emotion each track delivers.

The D3tour is the latest installment of the album name series, previously started by The Detour in 2018 and The De2our in 2020. Since 2017, Ekoh has remained inspired and creatively active, moving numbers and building a loyal fanbase. He has gained respect from his peers and been able to announce headlining tours while being fully independent! With D3tour, Ekoh continues to keep pushing his own lane and proving that he’s ready to build an artistic legacy. Ekoh’s emphasis on keeping things real has propelled him to prominence by building a solid and strong fanbase that he will get to meet again on his very first 20 city headlining tour next month.