The inspiration behind “Sleep When You Die Vol.1” was to put a collaboration of songs that could be the soundtrack to the listeners hustle. A lot of times when I found myself searching for motivation to take my hustle to the next level it was always triggered through music. So when I put together mixes that’s where my mind state always is at and will continue to be, so thank you for taking time to listen to “Sleep When You Die Vol.1” and keep going hard and making dreams come true and goals complete! 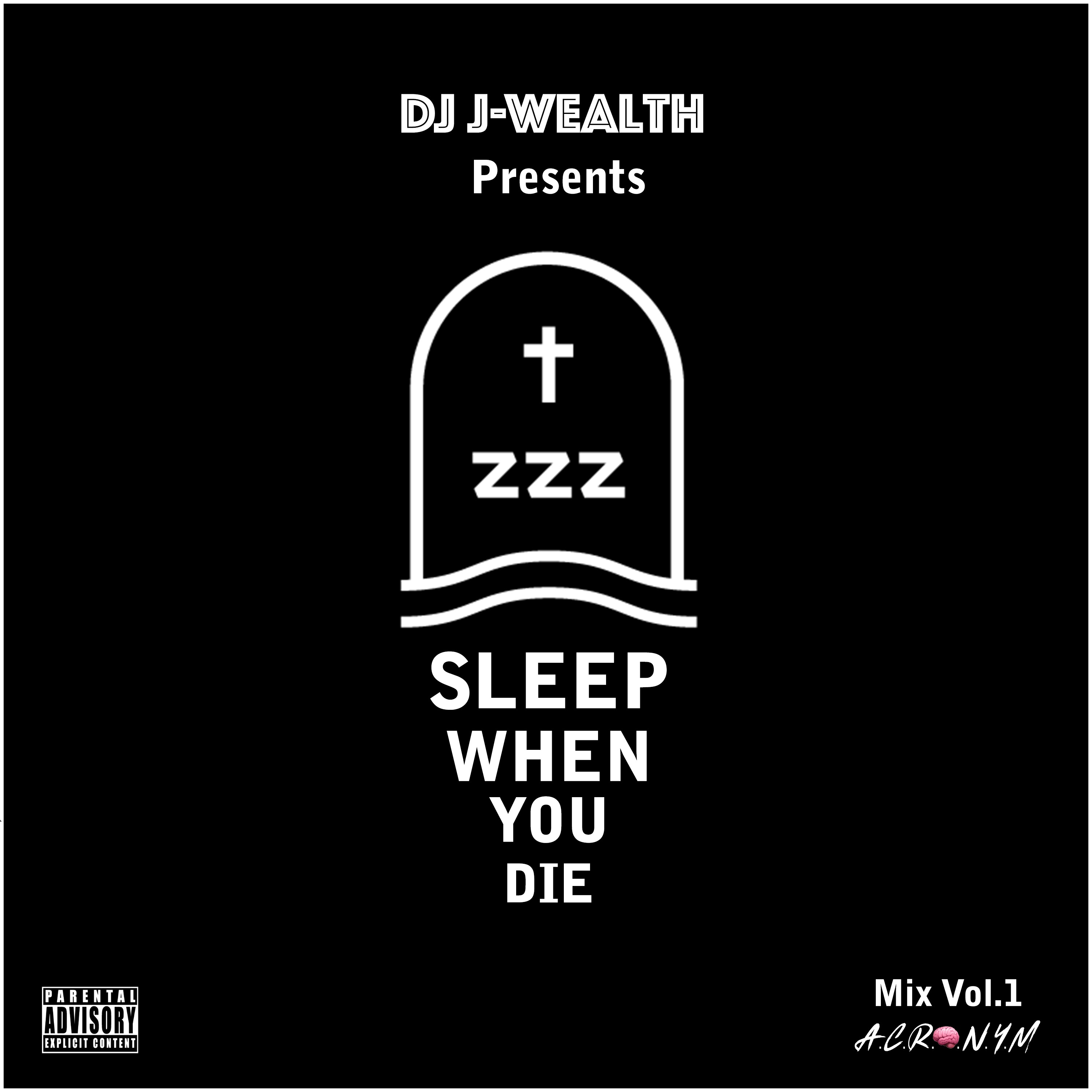 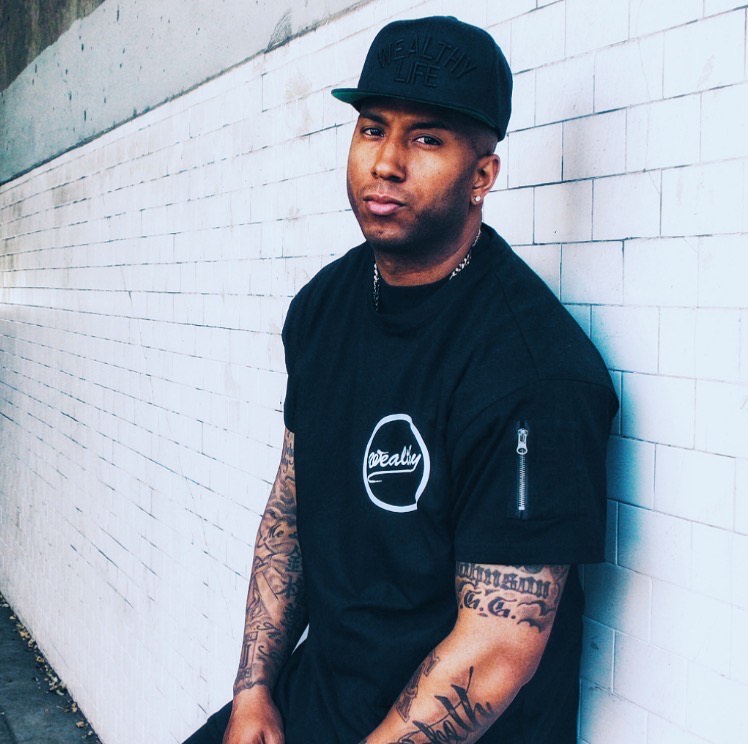 San Diego, California native, J.Wealth, developed his adoration for the world of entertainment & fashion early in age. As a youth, he participated in multiple sports activities, keeping his ears glued to popular radio stations, and admiring the stylish clothing trends of his favorite artist.Coming into adulthood, J. Wealth made a decision to push the culture he fell in love with as a forwarding mission of his own. The multifaceted business man is the chief executive officer, of the prosperity in heart based, Wealthy Lifestyle Clothing Brand. He’s a mix mastering (crowd favorite) DJ, The Founder/Host of Dash Radio’s The Fixxx Audiocast (American Podcast & Radio Show) , Music Producer & Co- Owner of Wealth Rok Music & a college graduate with a degree in Psychology.The Fixxx Audiocast was manifested from an idea to create a raw & uncut platform where various celebrities, established or upcoming, could converse about topics ranging from breaking news in pop culture, politics, & the latest in sports. The show has seen a rapid growth spurt in its followers since its’ 2017 launch. J. Wealth credits his relentless work ethic & fearless approach to life’s obstacles as key elements of his success & the reason he stands out from the rest. 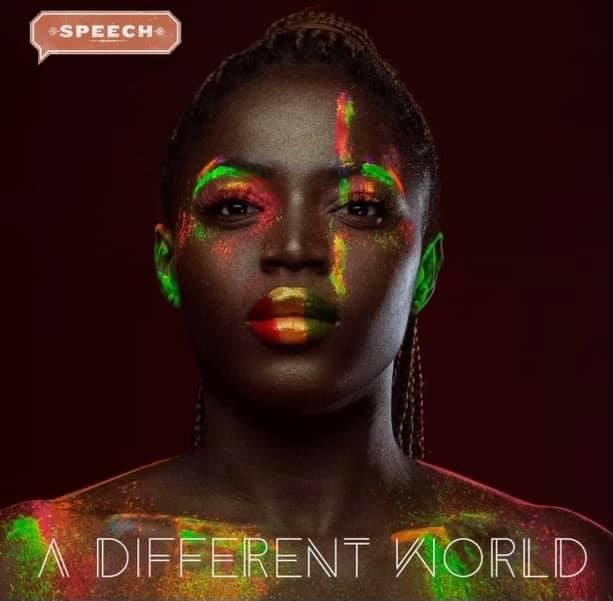 “This song had to be made to become proactive in shaping our collective future, because the rebellion that happened on January 6, 2021, in Washington D.C. was the curtain being pulled back on race, lies, and darkness in America,” Speech explains. “It’s obvious that about half of America is living in a fictitious bubble and are responding accordingly. That’s why I wanted to share facts about the lawlessness and hypocrisy that was occurring. We may be at the start of another Civil war and a lot of bloodshed.” -SPEECH

Atlanta, GA…Like millions of other Americans, Grammy Award-winning artist Speech of the legendary Afro-centric Hip Hop group Arrested Development watched in horror as a swath of die-hard Trump loyalists stormed the U.S. Capitol building in Washington D.C. As the dedicated MC he is, Speech put the pen to paper and spit out the single “A Different World,” an anthemic call-to-action that both preserve his artistic integrity and passion for socio-political issues.

“On the night of the terrorist attack that already killed five people, I did a YouTube post, I posted various things on social media, but none of it seemed adequate, especially from a music documentation perspective,” he said of the song’s evolution. “So, I went into the studio, pulled out my Beat Thang, sampler, etc. The jazz/boom bap energy for this song was intentional, meant to be a throwback energy from the ‘90s-type approach. In my opinion, those sensibilities lend themselves to reflection, grooves, and hope, while still showing the urgency of this moment. I also purposely rhymed with a higher pitch, cuz I wanted my emotions of helplessness, rage but also engagement to come through.” -SPEECH

“A Different World” follows Expansion Pt. 1, Speech’s first solo EP in 14 years, and will appear on his upcoming full-length album Expansion. As he flirts within the song’s breakdown, “This is a time for good-hearted people of all races that love Hip Hop to show the world a path to peace and truth! Plot, Plan, Strategize, Organize and Mobilize. Please spread the vibes. We aren’t helpless, we can make a different world.”

Watch the teaser video and get “A Different World” below on preferred platforms. 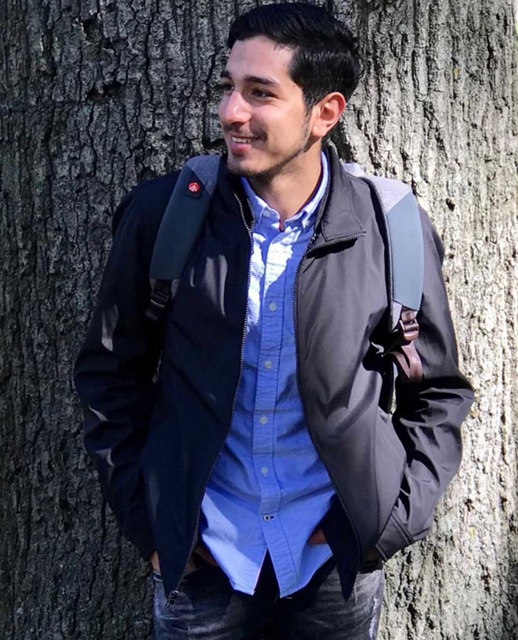 There’s a New Kid on the Block with spicy new photography skills. This Man goes by the Name Edwar, an egyptain born Photographer capturing precious visuals in New York City. Edwar was born in Egypt in 2000. He approached photography with an old reflex of his father and from there began his artistic and spiritual journey. During his travels in the most remote places and countries of the world, Edwar manages to capture moments of light between time and space, in dimensions of unknown cultures, managing to build a spiritual and visual bridge between faces and places, colors and fragrances. of the east in an extraordinary way. His post-production technique is the result of long research and experience in order to fully express the atmosphere experienced in his travels. Edwar loves that silent relationship between secret lands and cultures of other worlds, living the worship and devotion of colorful humanity of pure essence with delicacy and grace. His artistic career is characterized by capturing the beauty of looks and gestures. In full respect of their closed and timid customs, managing to interact with them expressing in his visions/emotions also the invisible. The silent words, the untold stories, the smiles of the curious and hidden soul, creating a real artistic/spiritual heritage to be lived in every shot.  Edwar grew up in New York, He is a college student studying to be a doctor but he loves photography since he was a kid. So he decided to figure out what to do with his photography talent. One day he went to Times Square and started asking random people if he could take their picture for free and many people liked his idea.Follow his art @EDWARNYC on IG.

home  “This song had to be made to become proactive in shaping our collective future, because the rebellion that happened...