MINNEAPOLIS, MN – To hear Lonely Savage tell it, he is the epitome of a Millennial: a 23-year-old trying not to lose while still discovering himself.

That journey is the foundation for his music, and his stories are inspiring people all throughout the Midwest and beginning to expand into the rest of the country.

Having spent the better part of the past decade as a professional dancer, traveling all over the world performing and using dance to teach young people about pursuing dreams, Lonely Savage has turned a corner in his career by exploring his own voice as a musician. He recently dropped a new single called “Good Morning,” which he said serves as the manifestation of a self-prophecy of success.

“The premise of the song is about having a dream of making it rich or doing well, and what it takes to create and solidify moments in your life, and realize your dreams,” he said. “It’s about waking up and being grateful for everything and hope that things keep going well – being content but never being complacent.”

It’s a song that he said came about after years and years of hearing music evolve in ways that were frustrating to him. As a lover of artists such as Tupac and Biggie, he has a deep appreciation for the original sounds of hip-hop. Over the years as a professional dancer, he said he grew increasingly frustrated with the way the hip-hop genre was moving and eventually found himself in a position to do something about it by creating the kind of music that he felt like needed to be heard. That’s not to say that he doesn’t cater to the masses with his music and create songs that will market well and have mass appeal, he just wants to approach music from the persona of a “real old-school artist.”

“This song is the perfect example of that,” he said. “I woke up one morning and heard the beat and knew it was perfect and the right vibe. I knew it was the sound I wanted to use as the representation of my confidence and my resolve for this road I’m embarking on. I grew up with Tupac and Biggie and fell in love with their lyrical hip-hop and the way they paint a story with whatever the topic is. ‘Good Morning’ is me being more musical and playing with musical beats without dumbing down my lyricism. It’s more upbeat with a good vibe – something you can chill to, or smoke to, or turn up.”

Lonely Savage said his sound is meant for anyone who is “hustling” – for people who have a dream and have refused to give up on those early seeds that were planted in childhood, despite how many times the world has told them no. He said the whole point of his music is to grow through it as he is growing through it.

“Good Morning” is the first single off a four-track EP that is available on Lonely Savage’s Soundcloud page. That in itself is part of a larger mixtape of 10-to-12 songs that he hopes to launch later this year. Fans who want to find out more about his music releases, or any upcoming liver performances, can follow him on Twitter @fokuz_, on Instagram @lonely_savage, and on Snapchat @katamafokuz.

Born in a Thai refugee camp, Karen (Kuh-ren) from Burma moved to San Diego at the age of 5. Introduced to music by a musician uncle that lived with the family, The rising talent goes by Star 2. Influenced by artists such as Justin Bieber, Bruno and Luh Kel, Star 2’s concepts have been love and heartbreak. “Hollup Girl” is Star 2’s first single and is accompanied by an animated video. This is the first single of the upcoming, untitled EP. The project will include features from Mar Mar Oso. “I really appreciate all of the support!  Stay tuned – big things are coming!!” – Star 2 Produced by Chico Bennett, “Hollup Gurl” and the video shot by the Josh the Artist are now available on all streaming platforms.

Nancy B
Today West Coast residing artist Chris Goma delivers his new project Castle In the Woods. Diving deep into his own psyche and even the mind of the listener, Chris Goma gives fans a project they can run back for years to come. Timeless in nature and carefully designed like a castle’s architecture, this project leads fans on a mental and audible journey that will leave a lasting impression.
“Castle in the Woods represents a place in your mind where you feel free love and acceptance from your surroundings and the people in it, and so that reflects itself in your real environment,” Chris Goma said. “There’s a song I wrote that’s on this album that was the first song I wrote when I came to California and I just wrote thoughtlessly and really tried not to over think it.  The song was about me being free and that journey of finding freedom, really it’s the pursuit of happiness for myself and for the people around me.”
Dedicating the project to his fan’s spiritual and mental journey, Chris Goma says each song has a different style or genre but overall it encompasses R&B and soul sound.
“As I’ve grown as an artist I’ve learned that I like songs that are not barred by genre and I feel like the influences step from different styles of music. I love jazz, I love Hip-Hop and I love R&B. if a song needs to have country then I’m going to include that in there. I think my music is some sort of eclectic genre and so I feel like there is an R&B component to it. Chris Goma said.
But the pursuit of happiness hasn’t been an easy ride for Chris Goma who was conceived in Rwanda and born in the United States after his family escaped the genocide that became famous across the world as the Hutu slaughtered Tutsi, Twa and anyone else who resisted the massacre.
“Basically music saved me quite literally, before my mother even gave birth to me. My dad got a Fulbright Scholarship to the Berkeley School of Music a week before I was born.  His older brother was a big musician in Central Africa and his brother motivated him,” Chris Goma explained. “My dad is brilliant, he knows 6 or 7 languages, he’s an incredible musician and all that, but they fled Rwanda a week before the genocide and were lucky enough to board a cargo plane that just so happened to be going to Boston. I was born a few months after that. For me as I got older that was always in the back of my mind – music really pushed my dad and saved our family.”
From those humble beginnings in Africa to his movements in Boston, Canada and California, Chris Goma has always had a passion for music.
“I street performed for rent for the first 8 months I was living in California and I went through hell and back. I never ended up being homeless because luckily I rented from someone who was a producer and vocal coach and he took me in as a protege. But then my life changed. I lived in the Bay area and then in 2016-2017 I came across Prince’s music director who is a mentor of mine.  He ended up being like an uncle to me and showed me a lot expanding my musical preferences and styles,” Chris Goma said. “I want my fans to try to listen to the full project from beginning to end. There are little nuggets in each song and each song has a different style or genre. From songs one through nine, I think fans are really going to love the journey and all the styles within it. The last song is really crazy too so def peep that!”
Post Views: 22 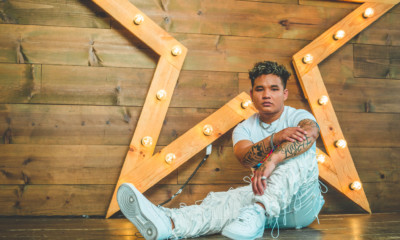 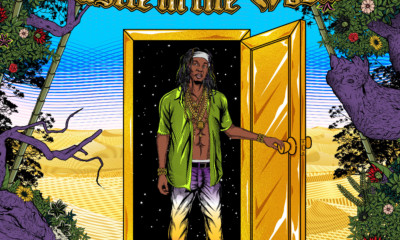 When one door closes another opens. Treating the game like an edible, Dubi feels artist in his lane are nothing...

Since working hard to produce fans with a great body of work, relationship woes have a way of bring out...