Atlanta, GA (September 24th, 2020) Nine months after the release of the video, Heaven Vaniece has finally released her highly anticipated debut single “ATLANTA” on all platforms. Since the release of her video, Heaven has been able to gain attention and work with super producers such as SG Kid Hazel, Chase The Money, & Bankhead. With no signs of slowing down Heaven Vaniece plans to put Atlanta on her back as the hottest female rapper out.

Check out Heaven’s single “ATLANTA” below!

Here’s the 8th official release from New England’s “People’s Choice” J-Bizz!
His last official release was back in December 2017, a few months after winning the his award at the very first NEHH awards. He since then has partnered with AWAL, & finally reveals his debut project with them, “Bizzness Vs. Pleasure”, which follows up the success & story of the single “Lucy” which dropped in June 2018. The R&B jam was based on a his battle with temptation. It’s later success drove J-Bizz to create something edgy yet uniquely his own.

The album feature production from CashMoney AP, DJ Wallah, Johnny Juliano & More! Let us know how you feel about
Bizzness Vs. Pleasure Out now on ALL platforms! Connect with J-Bizz at www.bizznessclass.com

OG Illa drops his newest visual entitled “2AM In Richmond” off his “Richmond Renegade” project. Watch above. Post Views: 46

Atlanta, GA (September 24th, 2020) Nine months after the release of the video, Heaven Vaniece has finally released her highly... 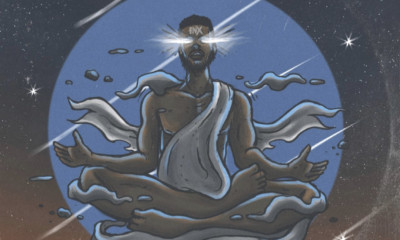