Elusive artist Darkmark delivers more heat with the release of new single “EDEN”. The
hard-hitting track is also accompanied by an intense visual that carries just as much
swagger as the song. 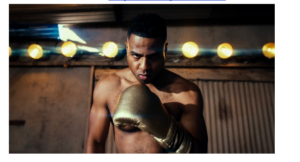 Directed by Trevor Hollander and Marcus Francis, Los Angeles artist, Darkmark
shines in the VR-themed video, showing off his acting chops in a captivating
performance where he escapes reality. The hit track is a journey of the inner turmoil we
face as humans. The project stems from personal conflict the artist has battled with for a
large portion of his life. Drawing a parallel from the garden of Eden biblical reference,
this record is juxtaposed as the “hell” Darkmark has created for himself.

On a mission to establish a name for himself, Marcus Francis or, otherwise known as
Darkmark is laying the groundwork for what looks to be a bright future for the young
talent. Launching his career as a musician with an introspective rap style, and

sensitive, yet edgy R&B crooning, his unique touch in songwriting and production sets
a promising tone for what’s to come.

Having worked behind the scenes with Grammy-nominated, BMI Award-winning
songwriter HOOKMAN, gave him the equip knowledge of how to craft and arrange a
record at the highest level. He’s produced records that have been pitched to some of
the top pop, and hip-hop artists in the music industry today
Darkmark, debuted his start with soul-snatching, tear evoking record “Tell Me”. He
seamlessly weaves from painstaking addictive love pleasures to scattered glass
flowing amongst a hopeless riverbed of self-sabotage in his latest release, “EDEN”.

His vivid reality is painted poetically in the construction of his music videos. He’s a
creative visionary and from the likeness of his pursuit to deliver is perhaps an indication
that he’s here to break ground on the next generation of artists.

Ferrari Fresh, born Eric Purcell in Brooklyn, NY,  Ferrari developed a love for music at an early age. Although life has thrown many punches such as Adoption, death of an adopted parent, and loss of two siblings Ferrari never gave up hope of a happier future.

While spending some time in the “streets” he developed a strong sense of  “street smarts” while experiencing all these events. He kept a lyrical memory of all events that shaped him into the man he is today.

Ferrari discovered his love of music listening to the likes of EPMD Big Daddy Kane and other pioneers of the hip hop game in the late ’80s through the early ’90s. Influenced by his personal experience and sense of humor his rap style reflects on the ups and downs of life in Brooklyn. Determined to succeed in 2010 Ferrari Fresh decided to start his own unofficial independent music group called SMGMG Self Made Gang Music Group.

Recently teaming up with fellow Brooklyn native Terry Nichols and his camp Individual Visuals, Ferrari began performing at local showcases such as 108 lounge previously known as Monique’s in El Barrio NYC and opening up for Coke Boy Brock at Zamba Rio cabaret in Brooklyn as well as entering and winner showcase which landed one of his songs on Power 105.1.

The video, by Cane Green Films, captures the raw emotion and intense energy from Kid Problem. The catchy hook, “Who am I to judge somebody always knew I’d be somebody, I be like finger out the window b*tch yeah yeah” and knocking bass drive the track along with Kid’s cut-throat bars.

His moves depict his come up and now focused, Kid Problem has no time for lameness, fake street thugs, or money hungry dames. Watch the video and connect with Kid Problem below.