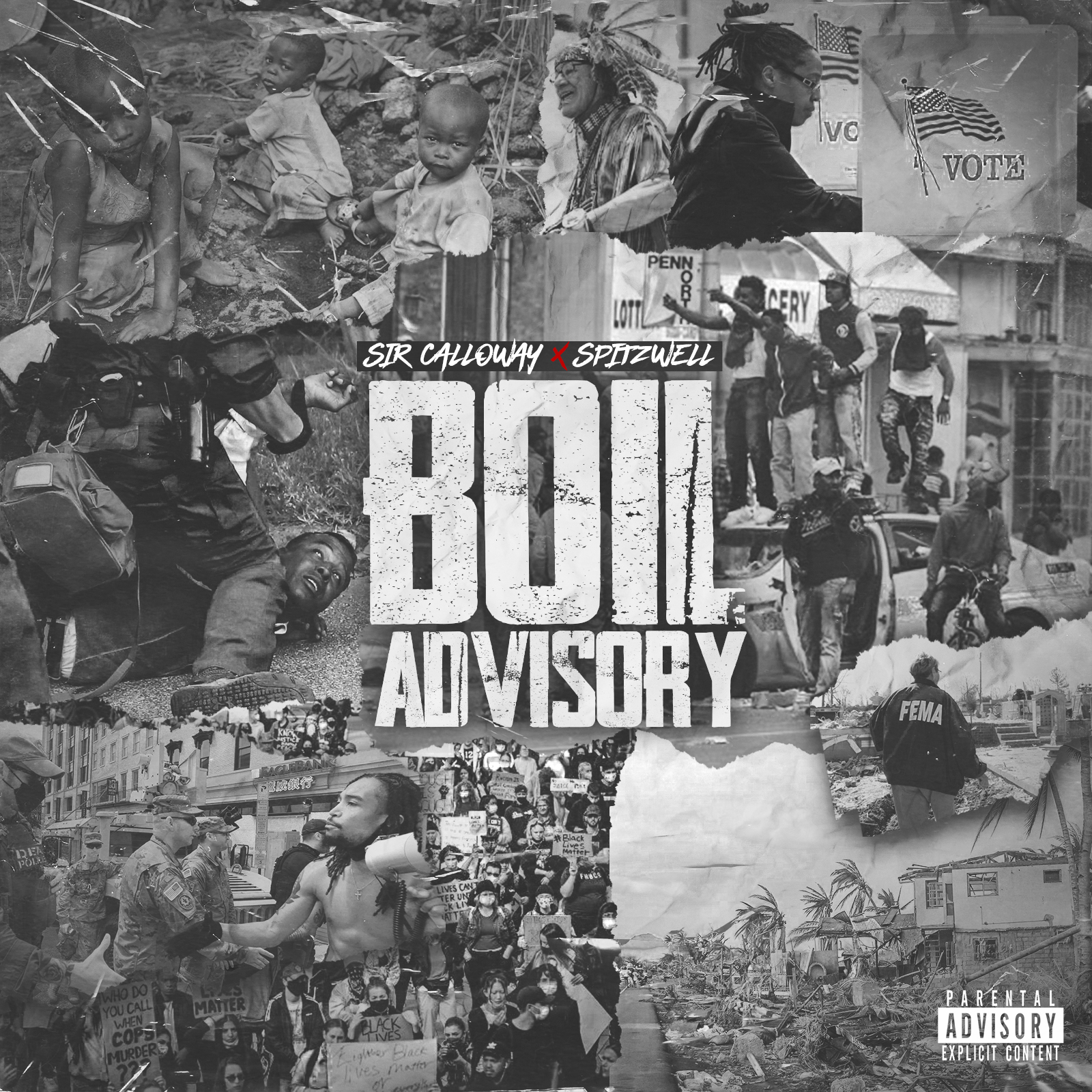 Calloway defines our current, nationwide state of emergency through pivotal storytelling and wordplay. Bar for bar he breaks down critical times, pressing societal genocides, and devils in the form of politicians and the system.  Calloway delivers these harsh truths over soulful tones of piano keys and heart-pounding bass.  Sounds of police and ambulance sirens, alarms, and ferocious dogs serve as the hook and heighten the already hair-raising and bone-chilling emotion from Calloway.

“Boil Advisory” is not meant to entertain, it’s purpose is to shake citizens to the core with knowledge of what, why, when, where, how, and who are digging our worldly grave. Watch “Boil Advisory” and connect with Sir Calloway and SpiTTzwell below.