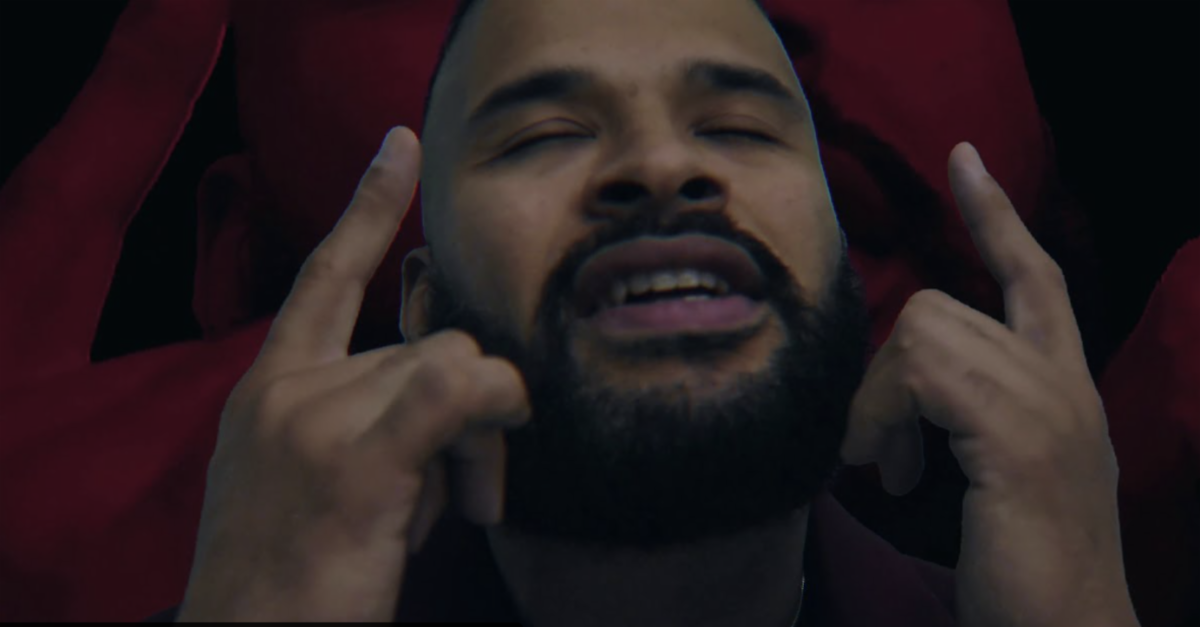 “The truth is a blessing. No love for a liars mouth! Made it out the lion’s mouth, blood sweat flying out.” Tdot raps on the intro verse to “10 Toes” on there being honor in honesty. “10 Toes” and “I Aint Change” are both tracks from the forthcoming project, Dopamine Damage, composed during quarantine and one of the most political, social, and economic unstable times in world history.

Having written and been featured on tracks with the likes of G-Eazy, Meek Mill, Timbaland and more, accomplished Tdot Illdude, has produced, written and performed with chart-topping talent. Dot’s talent and persistence has landed him in places he’d never imagined. He has toured nationwide with Gourdan Banks and Wale.

As TDot’s music continued to spread organically, more of his idols began to recognize him. In 2017, he released his popular single “Take Me Under,” went on to perform at an official NFL Monday Night Football half-time show and release his latest project The Vibe Is Heavy 3. With new music on the way, TDot illdude is poised to have an exciting close to 2020.

Toronto-based hip-hop songwriter and artist, Kafayé, is on
the rise! From performing on large stages alongside Reggae greats like Beres Hammond and Nadine Sutherland, to raging in mosh-puts as a member of “No Tourists,” Kafayé has the positive vibes and creative influence that make him shine!


Kafayé’s single, ‘By Your Side,’ is a mix of feel-good pop music, with influences of hip-hop and soul. With an urgency and verve, its catchy hook and rhythmic melodies, it is meant to make you reminiscent of your first love.

‘By Your Side’ is an amalgamation of past experiences and moments shared with those who have left a lasting impression on Kafayé’s heart, whether from an intimate relationship or a platonic one.


Kafayé understands that when you find something real, you want to hold onto it forever. ‘By Your Side’ channels this, showing us Kafayé’s vulnerable side. This is a narrative on the beauty of love, proudly professed by Kafayé, through his expressive lyrics, full of unrequited emotion.

‘By Your Side’ is the led single off his upcoming 12-track EP “Far from Perfect” which dropped November 17th 2020.

Young Lawless is definitely keeping audiences on their toes this year. With the release of his newest track “Coochie Hoochie” ft. Yn Jay, Lawless (aka FatBoyLaw) is not letting up any time soon and keeps it coming hit-after-hit. The upbeat anthem is an impressive effort from the independent, Compton-based artist, and shows how he is capable of switching things up when needed.
The new track “Coochie Hoochie” follows the release of his previously released album titled This Is Not A Real Album. Through that project and others that he has under his belt, it’s clear to see how FatBoyLaw is making a name for himself and setting himself apart from the rest. His witty storytelling technique is unmatched and absolutely distinguishes him from all other West Coast artists.
When asked about when he decided to ultimately pursue a career in music, Lawless said that “Knowing that I have real talent made me ultimately decide to do music. It would be a waste of a gift if I didn’t do music. It’s something that makes me feel good and I believe I have a story to tell. Hopefully I can reach people that’s in a dark place and help bring them out of it into some light.”
As far as what’s next for the rapper, he says that he’s working on a new EP that fans can be on the lookout for called Psychoactive. Some notable features will appear on this project, including Sukihana, Steven G, Compton Menace, and Kevin McCall.
“My goal is to go platinum while being an independent artist,” Young Lawless says of his goals. “I’m not signed to a major label. I don’t have any management or an agency so that’s a big goal for me. Music and the fashion culture coincide together so I would also like to partner up with a few fashion brands as a creative director in the future. I got a few ideas and I’m all about innovation.”
Lawless is the example of an artist who creates his own lane in the music industry.
Listen to Young Lawless’ latest track “Coochie Hoochie” ft. Yn Jay below.
Keep up with Young Lawless on social media!
Instagram
https://instagram.com/younglawless
Facebook
https://m.facebook.com/real.lawless
Apple Music
https://music.apple.com/us/artist/young-lawless/514042713
Soundcloud
https://soundcloud.com/real-lawless
Spotify
https://open.spotify.com/artist/6pafhI2iLslslgPqrhFcoD?si=MRoGL4s8Sje52Hup_uKK3w
YouTube Channel
https://m.youtube.com/channel/UC_DfHrjDw51m28kYjHwlc4Q
Post Views: 34

Southern rapper Gemellus is putting on for the city of New Orleans, Louisiana following his “Rather Knot$” single. As he...

J Esco, the Northwest transplant (By Way Of Brooklyn) is back to heat up the winter with “The Broadway Bookie”...

OG The Story – Evolution By Any Means (EP)

Introducing Irish Nigerian rap artist and musician OG The Story with his brand new solo EP titled Evolution By Any...

(Video) King Von ft. Fivio Foreign – I Am What I Am @KingVonFrmdaWic @FivioForeign