Tustin, California recording artist KAADENZE takes a leap of faith in his professional career with the release of his debut album, creatively-titled, Land of the Wicked, a project that is set to become a critically-acclaimed debut.

A year in the making, KAADENZE goes featureless for his introduction and enlists the production genius of superstar producer StealMyBeats (Logic, Ab-Soul). For his debut, the promising artist takes newfound fans on a journey of overcoming adversities and staying faithful through self-reflection. Aligned with StealMyBeats, the two orchestrates a 10-track breakthrough that is arguably an award-nominating candidate.

Land of the Wicked features breakout tracks, “Sunshine”, “Made For This”, and “God Flow 2.0”. Noted as a therapeutic process for the newcomer, KAADENZE hopes his truth speaks to and for the voiceless.

KAADENZE on the making of his debut:

“This album forced me to give every ounce of mental, emotional, and spiritual energy I have had stored up over the countless years. With this album, my one hope and desire is that it speaks to individuals listening that they feel a presence of positivity and truth. A presence that there is hope in the midst of storms they may be facing. Speaking from a man, who myself has struggled with addiction, depression, anxiety, and heartbreak just to name a few.”

Land of the Wicked is available now via Music with Purpose

Southern rapper Gemellus is putting on for the city of New Orleans, Louisiana following his “Rather Knot$” single. As he continues to push through hardship in order to find success in the music business, he is proving that hard work can take you further than clout ever will. As mainstream rapper Sauce Walka appears as a feature on “Rather Knot$” he gives Gemellus the backing he needs to earn more credibility in the industry.

With his forthcoming EP Case Closed in the works, you can expect a full body of work from him at the top of the new year. In the meantime, Gemellus quickly followed up his “Rather Knot$” single with a hot new single titled “SpeedRacer“. Featuring fellow emcee VinciThe1, this song is the perfect holdover for fans to vibe to for the rest of quarantine. The lyrics are relatable, the beat is popping and the vibe is infectious. If you love high quality talent, you will fall in love with the musical styles of one New Orlean’s finest.

He has the potential to make it big time if he continues to keep his foot on the gas. Give Gemellus a chance by streaming his new “SpeedRacer” single below featuring VinciThe1. To stay up to date on all these Gemellus give him a follow on Instagram @iamgemellus.

Hip Hop purists are already hip to the upcoming DnD (Dilla x Dres) album by Dres (Black Sheep) and the late great J Dilla.  Dres has been sharing snippets here and there but today the first single in its entirety is ready to go, and it’s a pre-election necessity!

Dres recruits his legendary peer Chuck D for an eye-opening, hair raising masterpiece ready to blare through communities nationwide, all the way to voting booths.

Press play to experience a timeline of societal genocides that can only seize through the power of unified voices.

“Dilla Drums” will empower the necessary awareness and cruciality of voting…With heads high and a strong fist, unite for change! 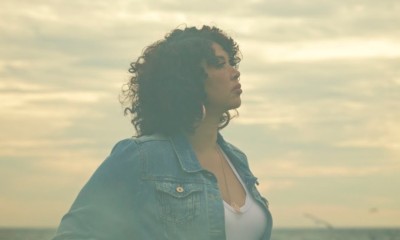