Mia Grace is an independent singer you should be on the lookout for. She is based in Los Angeles (originally from New York/New Jersey) and just released her debut single “Stuck” — a harmonious track that’s about feeling ‘stuck’ in love.

The song shows off Mia Grace’s abilities as a singer. Her melodic vocal ability can be described as smooth and mesmerizing. “Stuck” has a calming feel compilation of sounds, beats, and vocals that truly set Grace apart from her peers. The catchy hook, combined with the hypnotic melody make for a song that is memorable and distinct. It’s a song that explores the theme of being in love while at the same time feeling glued to the relationship.

When asked about her top musical inspirations, Grace answered, “My top three have to be Minnie Riperton, Aaliyah and Michael Jackson.” She also said that she loves artists such as Brandy, Rihanna and Amy Winehouse because “they are so inspiring.”

As far as her music career goals for the future, Mia Grace says that she wants to perform some of her music live! Due to the pandemic, she hasn’t been able to do so, but wants to feel the energy from performing live in person.

Zae The Godd Unleashes A Wetty Anthem, “She Will” 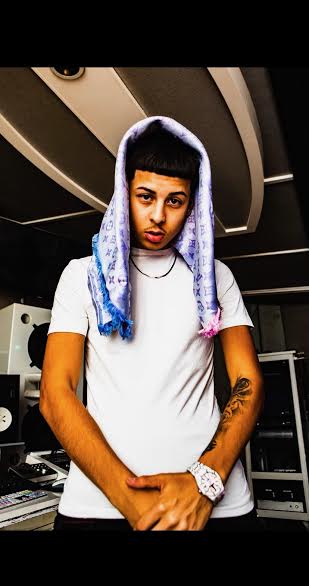 Age is nothing but a number and 19 year old Jay Allant is the prodigy you never saw coming. Timing is everything. Meet New Jersey’s upcoming super star who’s been catching the attention of major labels with his melodic and versatile sound.

Growing up, Jay had undeniable guidance escalating his talents with his family who was very music oriented. Before the age of 18, Jay Allant signed a management deal with none other than industry tycoon Anthony “AMAC” McDonald, who quickly formulated an unstoppable team to match the young legend’s ambition and work ethic.

Not long after, Heavy Hitter DJ Nicky Rizz joined forces with the winning team becoming Jay Allant’s official dj. The duo are out for the take over the industry with something to prove as two of the youngest in the game. Recently, Jay Allant’s new single “Way Back” has debuted on HOT97’s New @ 2 with Heavy Hitter DJ Enuff and SiriusXM Shade45.

Jay Allant has really built a reputation as the one to keep an eye out for this year. Listen and download Jay Allant’s new single “Way Back” on all major streaming platforms. Follow @JayAllant for more updates!

The Chicago-based recording artist delivers cut-throat wordplay along with quick-witted lyricism throughout all 13 tracks while displaying abstract production. ‘Maywood Ill’ serves as an honest declaration from Raw Thesus that confirms his stance and reign in Hip Hop culture. Stream/download the album and connect with Raw Thesus below.