8Eight is on the verge of greatness.

Buzzing with his exciting sound, attractive wordplay and noteworthy music. Today, the rising star provides fans with a visual for potentially his best song yet in new single, “What U Gon Do.”

In the video, 8Eight lounge around his lavish mansion and performs an amazing set on the grand piano. A lone star from beginning to end, “What U Gon Do” displays a promising future by 8Eight that is destined to be revered for years to come.

Produced by AJ the Visionary, Badu Dead Fresh and Young Swisha, “What U Gon Do” is slated to appear on the artist’s upcoming album, titled, #EgoVsSoul. The new album is scheduled for a late-2020 release on all DSPs. For more on 8Eight, follow him today on Instagram.

Big Wave Pryce is a Bronx-based artist who is quickly on the rise. He just dropped a new single titled “I Could Never,” and it’s a song that reveals his talents and true potential as an artist. On the catchy track, Big Wave Pryce finds his rythym and confidently portrays himself as someone who’s getting to the money. He remains focused and dedicated throughout the song, maintaining an upbeat vibe overall while providing a powerful delivery.

The rising talent said in a recent interview that his passion for making music comes from his desire to want to make an impact. It’s clear to see in his music that his infectious energy and overall upbeat vibe can shift a mood or how someone feels towards his music.

With his unique sound and distinctive voice, he’s paving his own lane and letting his work ethic speak for itself. When asked about one reason why he’s passionate about making music, Big Wave Pryce responded, “My passion is to not die regular. I want to be impactful. I find myself listening to songs to help enhance a mood or to alter a mood. If I can be that for someone I’d die happy.”

“I Could Never” serves as a great introduction for just what the artist is truly capable of. The song has seen much success on YouTube over the last few days, and already has amassed over 15,000 streams on Spotify. His prior release “Can’t Swim” is also doing well and serves as another testament to Big Wave Pryce’s capabilities.
As far as what’s next for him, he’s planning on releasing more music and more videos. He also plans to release an EP that will drop next year! In the meantime, stay tuned with what he has going on and stream “I Could Never,” here. Also, follow him on social media!

Jose Paz was born in Hayward, California and currently resides in the Bay Area. He’s been making music since 2018 and has dropped 2 albums. His biggest accomplishment to date was in 2019 he flew to NY to perform for Jadakiss. His most recent album “Peace Be With You” dropped 9/7/20 and he recorded it, mixed, and mastered it in his bedroom studio.

According to Peace Maker:
“So my last name is Paz, which is Spanish for peace. So it’s like I’m with you, the listeners. One key track is You’ll Never Know My Name. It’s my dads perspective growing up without his dad, going through life as a kid, teenager, young adult, to marrying my mom and having me. Another key track is Always on My Phone. How social media affects relationships, and self esteem. Another key track is Falling Star. How you can wish for someone but they end up burning you in the end.” 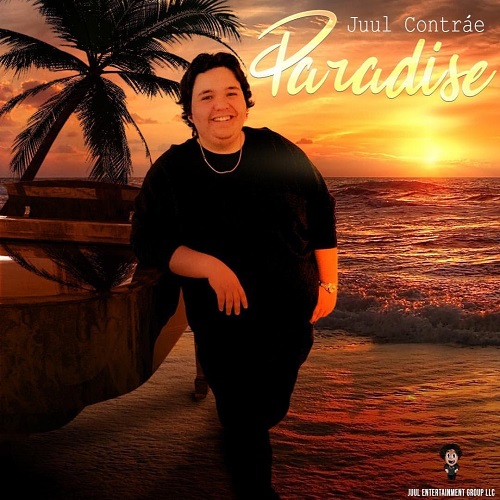