International Joe is here with his debut album, but to call him a rookie in the music game is all but untrue. The Baton Rouge representative has his hand prints in his city’s scene with production, a media platform in ThaAntidote.com and his Real Profit Entertainment label. With “Just Landed” we see that resume grow into him being an artist as well.

The project see’s him take the role of orchestra, collaborating with artists from his Real Profit imprint as well as other friends and colleagues he has met along his journey. In regards to it’s inspiration International Joe said the following:
“I’ve honestly met and connected with so many people over the last 15 years with this music that I decided I should do a project. We had just released Sean Elliot, Bullet Jones, & B-Thone under Real Profit Ent in the last year and I felt like just to give things a different sound it might be time for me to drop something. I’ve worked and produced for so many artists that I decided why not do a project. Doing music is easy for me. Working and putting together ThaAntidote.com in the last 5-6 years kind of turned me into a facilitator as well so between being that and a producer I thought it would be dope to put together a DJ Khaled-esque project.”

“Just Landed” clocks in at 17 tracks, making it more than enough to get a good introduction to what International Joe can bring to the game. Check it out and let us know your thoughts. Be sure to follow the artist on instagram at @JoeOnTheTrack.

Related Topics:International Joe
Up Next 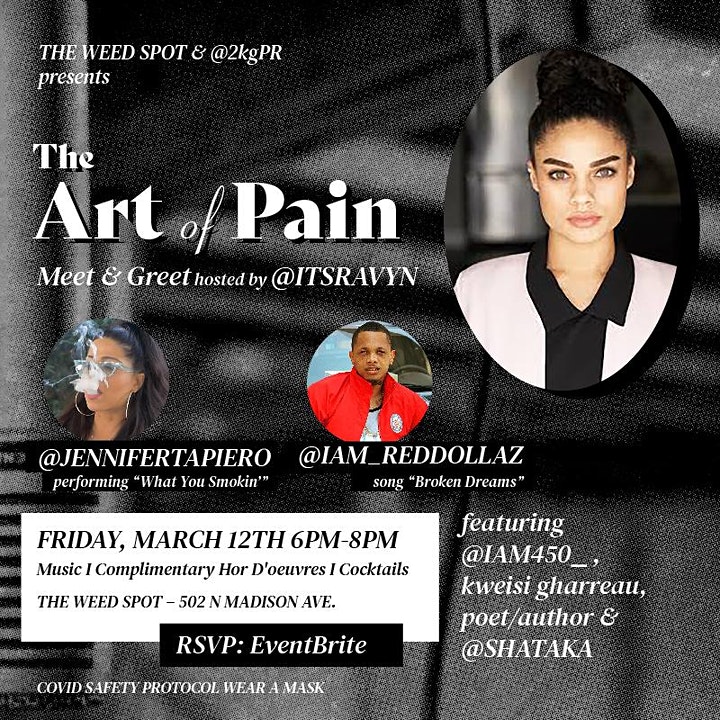 Clover G Records and Felony Entertainment ℗ present Broken Dreams by Red Dollaz. In 2017 LAPD shot an unarmed hip-hop artist in the back 3 times, today Red Dollaz is shooting back with his hit single, Broken Dreams and more new music with official music videos on the way. Catch Red Dollaz performing live March 12, 2021 in Dallas, Texas at the Celebrity Charity Weekend, March 11th-14th at Virgin Hotels Dallas 1445 Turtle Creek Blvd, Dallas, TX 75207 Phone: (469) 359-7700 @virginhotelsdal. You can check out the release now on all digital platforms to stream or download.

FAT Fly Freddie Lee returns with his brand new single “The Lovecraft Theory.” The Brooklyn based artist/producer/songwriter enlists TourneSoul and Fancy La Flare along for the track, which was inspired by the HBO hit series Lovecraft Country.

Lee encompasses a love for black culture and stresses how sometimes it goes unrecognized or underappreciated. With invigorating production, captivating lyrics, along with a heartfelt message, FAT Fly Freddie Lee and company deliver a timeless gem. Watch the cinematic visuals and connect with Lee below.

FAT Fly Freddie Lee returns with his brand new single “The Lovecraft Theory.” The Brooklyn based artist/producer/songwriter enlists TourneSoul and...

Official Apxllo drops another single with the orchard and WeUniversal called flute 222. A melodic banger that fits right into...

The new Texas sensation embarks on a late-night escapade for a new single, properly-titled, “3am.” Produced by DeVan “D1” Hooker,...

FrankDawgs just released his new record “Money Comes, Money Goes”. The inspiration behind this song was that hes seen so...

DayshaRaee just released the visual to her latest release “Feel Me”. The track is about staying motivated thru trials and...

Juju Castaneda a.k.a. Juju C. Stars in He Said She Said, Helmed by Dennis Reed II