Check out the new visual for Low2TheKey “Lil Bby” down below!

Low2TheKey is an independent rap artist coming out of the Los Angeles area. Growing up in a rough environment, he was exposed to poorness, homelessness, guns, murder, and drugs. But he also has plenty of good memories of fun and crazy times as well. As a kid he looked up to rappers like Tupac, but he also looked up to his uncle OG Cuicide. One thing Low2TheKey noticed is that some rappers capitalize off making music about a life they’ve never lived. But Low2TheKey and his friends are really living the life those rappers talked about in their music. He believes that musicians should be a role model for their fans to a certain extent. For example, music should share a message that the life they lived was not the right path to take. This notion stuck with the rapper when he decided to start out on his musical journey.

When he was first starting out, Low2TheKey would spit his freestyles whenever he would get into that mode. After a short amount of time, Low2TheKey started taking his craft more seriously and decided to see where his music could take him. The rapper has a crazy flow that’s very authentic, raw and unique. He brings in the old school vibes, adds a splash of the new school vibes, and then combines it with the rawness of battle rap. Low2TheKey is very versatile when it comes to creating music. He also knows how to add a fun twist into his song by sliding in a few funny bars. But then he can turn around and switch things up and deliver a record that uplifts women. Low2TheKey believes that music should be an expression or an escape from the crazy world we’re living in these days.

Using his quarantine lockdown time wisely, Low2TheKey was able to let his creativity expand and accomplish a lot more with his music. He’s fresh off the release of his new Lowkey With It EP and has released a few singles as well. With all of the new music that he’s dropping, the up and coming rapper is looking forward to hitting the road. He plans on stopping in all of the cities that he has fans in because he appreciates all of the support he’s getting. While waiting for updates about Low2TheKey doing a tour, you can watch the official music video for his latest single, Lil Bby, down below. Don’t forget to also follow him on instagram to stay caught up on his upcoming releases!

Rising R&B singer Alexis Ray Parker is fed up with her boyfriend and his cheating ways, so she cleans house in the new visual for her breakout single “Waste My Time.” As she sings about shedding her dead weight and rebuilding herself, she packs up her ex’s things and sends him on his way like the trash he is. To celebrate the break-up, Parker hits the club with her girls and shows us the best ladies’ night ever. Throughout the visual, Parker is irresistible with her gorgeous designer wardrobe and catchy vocals.

Check out the behind-the-scenes video below.

Parker’s new track follows “2 AM,” which was released by her own imprint in March 2021. Last year, she released three buzzworthy tracks in “Room 420,” “Clarity” and “Set It Off.” The catalog has transformed the new act into an artist-to-watch of 2021.

Parker has been shining bright all of 2021 with buzzworthy acoustic performances and interviews. “Waste My Time” will lead up to the forthcoming project by the rising star, slated for 2022. The new single is available on streaming platforms via Change The Game and powered by Vydia. For more on Alexis, follow the new artist on social media.

Watch “Waste My Time” by Alexis Ray Parker below. 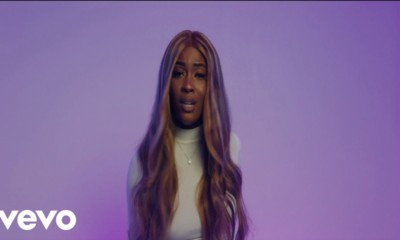 A DJ Bruce Bruce visual. Rising R&B singer Alexis Ray Parker is fed up with her boyfriend and his cheating...

New Visual from Durham NC R&B artist Try-One! Try-one burst on the scene with Street life now delivers us a... 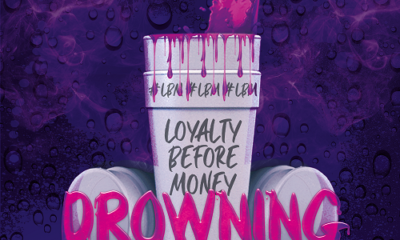 Poo 1hunnid explains ‘Drowning in Pain‘ is a pure opening of his heart and vision of what’s going on around...

There is a new body of work that just dropped and it needs to be heard. Laniyah West recently released...