Born in New York City and raised in Los Angeles, Luke LaShea brings an alternative flavor to hip hop with his smooth delivery and unique voice. Influenced by artists such as The Pharcyde, James Brown, and Wu-Tang Clan, Luke has been honing his style for years. He has released two mixtapes, “In Effect” and “Off Tha Radar”, and was featured on JDVisionquest3000’s EP “And-1”. Luke has participated in artist showcases, rap contests, and live street performing in Los Angeles. He has opened for Lupe Fiasco at the Macau Music Festival in Macau, China. Luke’s latest project, an EP entitled “Animosity” was released in March 2018.

Luke’s LaShea’s latest single, “Afraid of the Dark”, is a song about facing your fears. It’s produced by Canis Major and dives deep into the inner workings of Luke. Listen to it here.

She By The Way

Starting the new year with a bang, Harlem’s own, Young Dell releases his mixtape Bigger Than The Block.  The 11 track body of work includes guest features from other Harlem talents like Wade, King YK, Finesse, Merch Lotto, Rich Rhymer, and Fetti Kev.

This mixtape is covered in the New York street grime. Young Dell straps listeners in for a chilling ride through his life as he discusses topics like survival, betrayal, morals, and everyday life. Perfect hoodie season music, Bigger Than The Block is one of a kind. Contributing his own style to instrumentals, like “Militant,” “Focused,” and “DFA,” Young Dell’s raw and pain-ridden lyrics take listeners down a dark alley of truth. Listen to Bigger Than The Block here.

Forever Fresh, DarealaFlex45, SirhcoBangs & Just Cauz are The Horsemen. The crews’ debut album exhibits a rugged, rebellious flow over a variation of hip hop beats. Representing New England to Brooklyn and back again The Horsemen debut album is now available to the world.

Our top picks of the self titled album The Horsemen are: “The Minute Song” which you might want to bump with a freaky friend, “Up Up and Away” and “Homegrown” feat. Causin Effect are for you and your stoner friends,

“Cautious” and “Until I Die” are more gritty tracks on Brooklyn Drill beats for the streets. “Feel The Vibe”and “Everyday” for the confident/feeling myself moments, and “Morning After” display the aftermath of a wild night you may have wanted to forget. 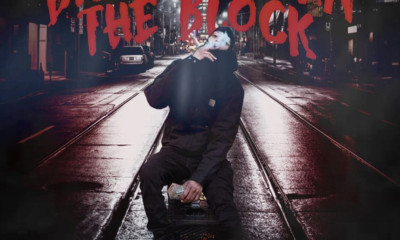 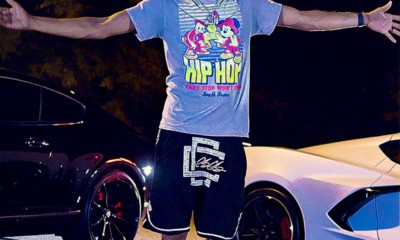 Finding The Fun In Music With Jdiggs Tha Prodigy