Following the release of his single “BIG 5TASH” the Prince George’s County Rapper, is right back again with yet another certified Banger titled “ONR!”. On this record, Atlanta-based hip-hop upriser, Ryan Lamar Alexander – aka 5TASH Banks gets in his bag in a major way teaming up with Austin, Texas native and rising super producer “183realchance”. Executive Producer, Joshua Branden Welch a.k.a. “Brutus The Melodist“ saw to it that the product came out just right. The southern swang, baseline, and overall vibe is reminiscent of the old Texas sound with a blend of a young Zaytoven, all with a brand new twist. 5TASH, per usual, goes crazy with his flow and cadence on this one , labeling his new financial success as “Big Steppin” while discussin how he has numerous “Options” or things he could do at any given time if he pleases, unlike the rest of us average “9-5” everyday civilians.

“ONR!” as a record cleverly embodies just what it’s actually like to live in Pandemic Era and still be successful. “Rich, Sexy Smart & Black” are a few of the adjectives used to describe one deemed as “Havin” as the Maryland native so eloquently puts it, and explains that, indeed, that is why “THEY” would have reason to “Hate”. 5tash, the “Maryland Dreadhead with Sacks” takes time to numerously to shoutout out his fellow DeMatha High School Alumni, Chase Young, Class of 2017. Young, a current American football defensive end for the Washington Football Team of the National Football League and former Ohio State Buckeyes, nicknamed “The Predator” for his on-field dominance and how his dreadlocks resembled Predators from “The Predator” franchise. They both actually kinda resemble each other, aside from their obvious size differences.

Chase, broke his school’s single-season sack record with 16.5 in his final season, was voted a unanimous All-American and won several defensive player of the year awards. He was also named the Big Ten Male Athlete of the Year and was a finalist for the Heisman Trophy, a rare honor for a defensive player. Indeed a “Big Steppa like Ortothol” and Needless to say, in the words of 5tash, he is A TRUE “MARYLAND DREADHEAD WITH SACKS”. It is unclear as to whether 5tash, known to “Unlce Sam”, close peers & his yearbook as Ryan Lamar Alexander, Class of 2010, actually knows Chase personally , due to them clearly not having attended their High School at the same times. However, it is clear that the “Stags” brotherly love is still definitely there.

As Both natives of Prince George’s County, it’s only seems fitting that Bradford Visuals, LLC featured them side by side on the single artwork in Washington’s Football Teams signature colors. “ONR!” looks to be the 2nd Single off of 5tash’s self-titled Debut EP “I, 5tash Banks” releasing in 2021, with possibly more to come before we actually get a confirmed release date on the project. But who knows, we can only wait patiently and see what more is in store, but in the meantime be sure you you check out this certified Hit, now available on all digital platforms/outlets!

From his new album of the same title, popular Memphis recording artist DeeMula releases the visual for the new single “Respect.” The Benmarc-directed visual opens with him alone in a room looking noticeably conflicted. Despite the heaviness of his words, he still cracks a smile as he makes hand gestures of stringing a violin. Lyrically, Mula pours his heart into the lyrics, asking for loyalty and trust, asking for nothing more than he deserves.

Dee Mula has always done whatever it took to stand out. He made a name for himself after dropping his first mixtape, Memphis Rap Scene in 2017, followed Let Me Get That Vol.1., which featured “Str8 On Ha.” The banger garnered over 1 million streams on SoundCloud. With that, Dee Mula’s fan base grew and he caught the ear of Nless Entertainment CEO Marcus “Head” Howell. Howell also signed Moneybagg Yo in 2016 and after several meetings and negotiations, signed Dee Mula next. 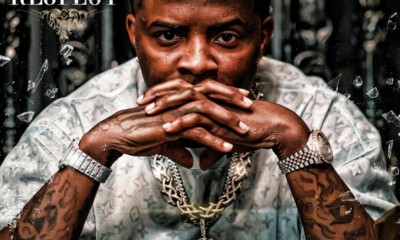 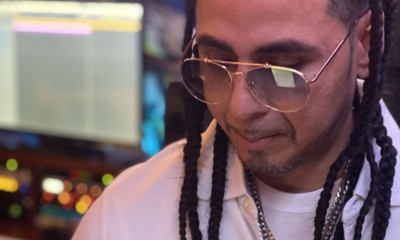