T the Pharaoh is what happens when you add melodies to any vibe and put them in the studio together. Though this year has been very tough for many, Pharaoh refuses to let it slow him down. Through the troubles of the corona saga, racial injustice, and environmental terror, T the Pharaoh has kept his eyes on the prize and used this time to focus even harder on his music. Born in Cameroon Africa, T has had a long history with music ever since elementary school. In his youth, T moved between instruments, exploring the sounds of the viola, clarinet and alto sax, but eventually rediscovered his passion for singing and performing when he joined choir.

“Music was always something that came naturally. I never really understood the rules or theories too much, I just needed to hear how something was supposed to sound and mimicked it in my own style” – T the Pharoah

T the Pharaoh (aka the Prince of the World, Tuunge, or T) fell in love with making music during his freshman year of college. He started out by making beats and slowly began engineering his own vocals. At only 22 years old and three years in the game, T the Pharaoh can already boast three successful projects and a brand new music video. His first being Pharaoh Files, which was released on August 22nd 2019. Within his first project was his song “indecisive” which made its way onto the Lyrical Lemonade playlist, a large music network based in Chicago that has worked with the likes of Juice Wrld and Ski Mask the Slump God. The song, as well as the entire project made it on the playlist for about a month. Since then, T the Pharaoh has also released a valentines day EP titled CounterHeart in 2020, and his most recent project “Pharaoh Files 2”, which was released an exact year after Pharaoh Files. With these three projects, “T” has been able to span 60+ countries and has had the opportunity to work with a few artists throughout the states. Some being from Madison, such as his group the young vets. And others from as far away as Florida, such as DirtyFace Harry; a Savannah GA born artist raised between Atlanta and savannah. This showcases his ability to network and truly work with anyone, despite still being a full time college student with hardly any blood family in his state. Come December he will be competing at the Arts International in Orlando FL.

All in all, T the Pharaoh is an artist with many capabilities and dreams that’s quickly climbing the charts. From working to become the face of Madison WI, to his goals of owning a global recording label fluid enough to work with all kinds of artists, T the Pharaoh is truly becoming a force to be reckoned with.

Here’s his new record, “In The Morning” produced by Zeke, below: 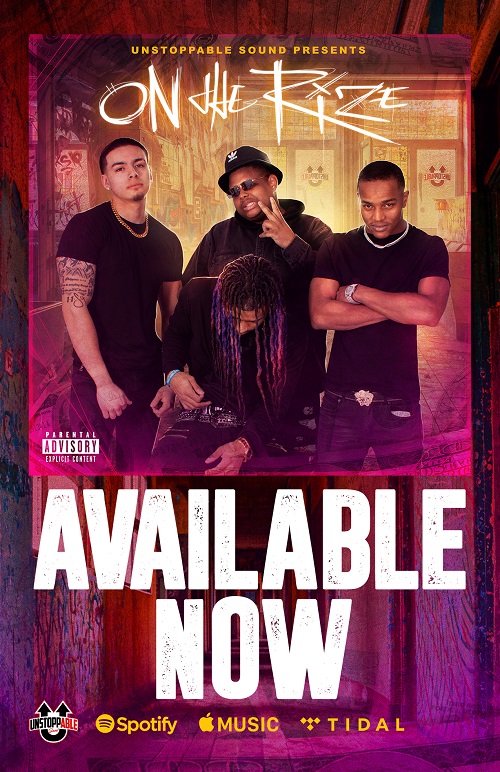 We caught wind of a group of rappers coming out of Tennessee by randomly clicking play on a video titled “Save Me”. Immediately we knew this wasn’t your typical rap video it has more of a movie vibe, that will have you glued to the screen the entire time. Prepare yourself, after watching it the hook will be stuck in your head for days. Doing what any music lover would do, we went on the hunt for more of their content. This led us to a project that just dropped titled On The Rize which is actually a compilation album from a record label called Unstoppable Sound. It features music from four of their artists Lil Raida, Matmiie, Vlone Kobe and K9 Uno. Clicking play on the project had the same effect on us as the video, we couldn’t seem to pull ourselves away from it. Each song has its own unique feel that helps build the anticipation for the next record. Their choice of production is next level and the artists compliment each other’s sound on every song. “Big on Big”, “Save Me”, “Devil Eyes” and “3rd Degree” are some of our go to records. On The Rize is a must have so add it to your favorite playlist and get familiar with Unstoppable Sound. 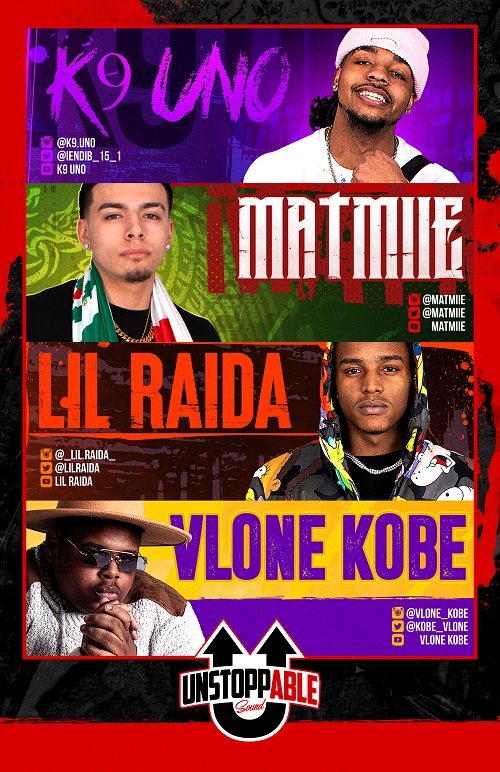 This is the craziest beef to hit Social Media. Ali Vegas and Dr. EnQI have been accused of calling for the death of Lil Nas X by Brian McKnight Jr. The altercation began over a simple DMX post on Dr. EnQi’s Instagram page that escalated to a full-blown social media war…tap in! If you value Fatherhood you must view the video above. (Shared by Felipe Stokes)

Lugo Haze, Latin American artist has branched out into a new world putting his own twist and depicting a very...

Ariel J is a name and sound we will become very familiar with inside 2021. After she caught our attention...

York Records is a new label on the rise spearheaded by established music executives Dizz & Capt and supported by...

Check out the official music video for the new Bjaaydollaz Lit single! Bjaaydollaz is a young up and coming rap...