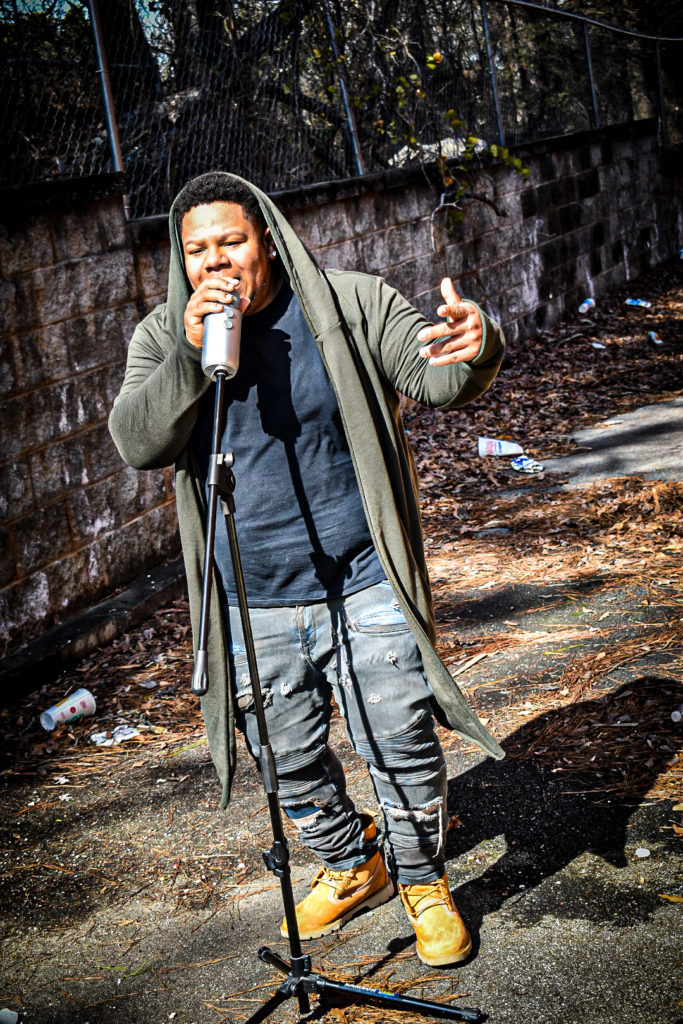 Dreams Like Pablo is the name of my next major project and the title is self explanatory. I’ve always looked up to Pablo Escobar and not as a drug dealer(what most people think) but as a king, as somebody that came from the dirt and had nothing. He turned his struggles into success and built a kingdom. Was a billionaire and gave his family everything. I have the same dreams he had to become somebody that will go down in history as one of the greatest to ever do it (whatever I put my mind to) – Fly Lingo

GSO Phat is an emerging Mississippi rapper with a trending wordplay, electrifying attitude and large following. Today, he links up with a fellow emerging sensation in OTB Fastlane for the new visual for their song, titled, “Racks In Here.”

Over the DJ XO production, the dynamic duo delivers aggressive back-and-forth verses between the two filled with the elastic flow and climactic chorus that makes the song infectious. In the Trill Art-directed visual, GSO Phat is seen performing with his crew counting up racks at the basketball court, around the craps table, and rooftop as he confidently calls out the opps making it very clear.

“Racks In Here” is available on all DSPs via 7 Kings Entertainment. Stream it here.

After the stream, find out more on GSO Phat via Instagram.

Take a look at “Racks In Here” right now.

Recently rapper/producer Curt McGurt released his new single “Journey.” The track was released on the heels of Curt McGurt announcing the release of his debut EP called LUKA. Throughout the years Curt has worked with several artists, including Young Dolph, Yella Beezy, Trap Boy Freddy, Asian Doll and Cuban Doll to name a few, but on this track “Journey,” Curt McGurt is playing a different role.

“At the beginning of this year, I said f**k it let me give rapping a shot because it’ll only help my music, not hurt it. So I decided to seriously work on being an artist this year. I knew the business, I’ve built relationships through producing, I know how to record, mix, and master my own music, I know my sound. So I created a motto for myself – Take Advantage of your Advantages. I’ve always been a selfless person and put myself last, but things started really paying off when I put myself first as an artist!”

Adapting to the COVID-19 outbreak, Curt McGurt treated the virus as a blessing in disguise for his music. Focusing on his work and creating music right from the comfort of his home, Curt dialed in on his music full time. Finding new ways to sell his music it’s been easier working remotely than ever and he’s spent more time with his daughter than ever, one of his greatest accomplishments.

“I had some other music I released this year, but it was more like some test runs to see how the process goes of releasing music as an independent artist and learning the analytics side of things,” Curt McGurt explained. “But this record, Journey, is one of my personal favorites. When you listen to the record it really takes you on a wave, on a journey so to speak. I also just wrapped up my first EP called LUKA that I’m looking to drop later this year.”

While “Journey” is a step away from Curt McGurt’s traditional role as a producer, Curt never lost his sense of being a producer and your can hear that on the track.

“I always wanted to stay behind the scenes with music. I would help write for artists, and really produce the record, like coaching rappers on how to hit the melodies and stuff like that. I would still work on songs for myself, as well as creating reference tracks, and people would hear them and say ‘Why the hell you not rapping?'” Curt McGurt jokes. “I had a day where I was feeling creative and I ended up drinking 2 cups of coffee and I started going through beats by Lucas Quinn and came across the beat that would eventually become Journey. As soon as I heard the beat I grabbed the headphones and went into the booth. I closed my eyes and the dreamy guitar melody along with the caffeine just had me feeling like I was on a journey through the clouds of happiness. I didn’t even write anything down, I literally just started going and put the song together in probably 10-15 minutes from scratch! I can’t even tell you how many times I listened to that song when I was done, I knew it was something special!”

Curt McGurt knows the prospects for success are high with his music as the local Dallas music scene has produced a host of talented artists over the past few years including Post Malone, Yella Beezy, Trapboy Freddy and the currently incarcerated Tay-K among others.

“In my opinion, Dallas has an incredible amount of talent overall! From the artists, to the producers and engineers and songwriters. Man we really have some heavyweight sounds out here that can compete with the best in the world,” Curt McGurt said. “We get slept on at times overall, but I feel the industry knows that we have plenty of heat in the DFW metroplex. I’ve worked with a lot of artists out here and I’ve put in my fair share of contributing to the great music being produced out of the city, along with my own music as an artist.”

With a current sound and notions of taking his records to the top, Curt McGurt has focused on creating stadium and arena ready records that will resonate with the masses.

“I aim to create really big sounding records. I don’t want to just go with the wave, I want to create new waves and be bold with my sound and truly use my voice as an instrument. I like to make music that has great overall vibes to it with melodic harmonies and catchy elements that people will remember for years to come,” he said.

GSO Phat is an emerging Mississippi rapper with a trending wordplay, electrifying attitude and large following. Today, he links up...