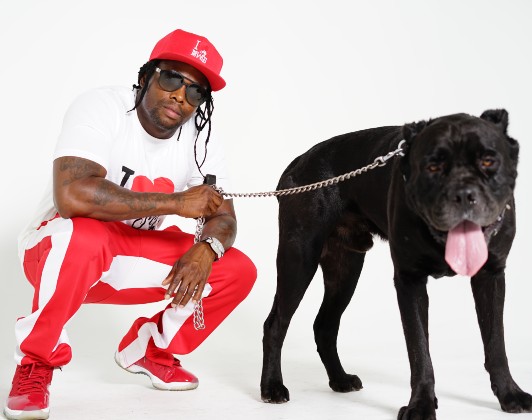 Miami bred rapper Kase1hunnid has been making waves in the industry since his days being signed to Slip N Slide, where he wrote songs for Trick Daddy and Trina. The dynamic rhyme slinger projects a veteran cool and unflappability that makes his sordid street tales feel unnervingly realistic. Kase1hunnid’s intense lyrics, and intoxicating delivery defies regional sounds, making him a versatile artist, whose music can travel well beyond his hometown. He delivers hard bars and hard beats.

Kase1hunnid grew up in the notorious Liberty City in Miami. Early on he fell to the lure of the streets. In fact, his name “Kase1hunnid” was given to him as a nickname by people in his hood, because he was always catching a case. Kase1hunnid has a knack for weaving together vivid street tales in a way that’s honest, addictive, and entertaining. He is currently pushing his single “I Luv My Dawgs” featuring Snoop Dogg, Rick Ross and YD. The song is an authentic street anthem that resonates with truth and realness. Check out the visual below:

Stream: @StackMoneyScooB Drops “All Or Nothing 2” Flames BinLadin is one of Cleveland, Ohio’s Best Underground Artist. He is feared lyrically because of his rapid fire flow. Former member of Mo Thugs records founded by Cleveland Bone Thugs & Harmony, Flames is set to take his shot at hip hop stardom. Rapping Since the age of 17, Flames has set a collection of music that defines the trials and tribulations of a young man coming from the streets of Cleveland.

After Recording over 50 songs with Layzie Bone’s Mo Thug Records, Appearances on Krayzie Bone’s Thugline Records and Bizzy Bone’s 7th Sign Records, made Flames determined to establish himself as an artist of the future. The hit single “For The Love of Money 08” features Bizzy Bone received over 1 hundred thousand plays on youtube and recorded three more songs for Bone Thugs project Krayzie Bone feat Layzie Bone and Flames” This is How”Layzie Bone feat Flames” You Lookin at him”and Layzie Bone feat Lloyd of murder inc and Flames Working hard through the Midwest Mixtape scene Flames built a Fan base of Bone Thugs & Harmony lovers worldwide has established Flames as a force to be reckoned with. With the Release of “For The Love Of Money Mixtape” in February of 2008, And the Release of “Don’t Play with Fire Mixtape ” 2009 and parted ways with Mo Thugs records. Flames has been the opening acts at shows for national recording artist(s), Young Buck of G Unit, Lil Flip, Lil Kim, and Bizzy Bone. Collaborations with Ohio Hip Hop Awards Best Mixtape Dj DJ E V, DJ G Spot’s Midwest Invasion Series, and Dj Blazita’s Like a Star Series, its set to be a hot spring and summer for the new artist recognized for his talent and flow.

Flames has received a lot of exposure being a feature artist on a street single that featured Platinum Artist Layzie Bone of Bone Thugs & Harmony and Lloyd of Murda Inc. The “Take You Home”(One Night Stand) single is the featured single from Bone Thugs: Thieveland Soldierz from Dj Ice of Bone Thugs/ITW compact disc. Working with Producers Trunxks on his debut album Ezekiel 2517 releasing November 20th 2020 it’s set to be a bright future for the new artist known as Flames. “

To Bring a new era and fresh sound to the rap game” is the goal of the new artist.He also has been featured on national websites such as www.allhiphop.com and www.XXl.com.

“You Know Better” is on Flames latest album, Ezekiel 2517. The album is now available on Spotify, Amazon and Deezer. 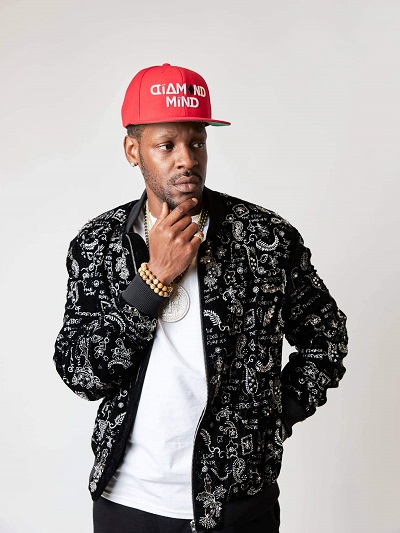 Bronx born Naija boy Collins E. Phillips better known as King Chino has made his official entrance into the music world with his new single/ music video King Blu ft. Aura Blu. This Independent hot, new, artist makes his stamp on the scene with music that entrances your spirit, lyrics that force you to vibe and a constant message to embrace your higher self. With influences such as Michael Jackson, Marvin Gaye, Usher, Biggie Smalls, 50 Cent and Nipsey
Hussle (R.I.P.); King Chino mixes the old school Hip Hop and R&B with the new Trap sound. As a young child King Chino’s mother sent him to Nigeria for a couple of years to visit his father. That cultural experience gave him a deep pride in his roots he hadn’t previously understood. Being hearing impaired gave his dancing and his sound a different meaning as well.

King Chino always says “While most people hear the music then move to it, I feel the music as it moves through me”. This is why his traumatic adult experience with police brutality that left him with a broken tibia and fibula was to say the least an eye opener. Not only did King Chino have to consider a possibility where he may never dance, let alone walk again. But this was his first personal experience with the injustices in this country. After overcoming that terrible ordeal. There was a brand new fervor that took hold. King Chino amassed his resources and put his all into his art. Dancing had a new meaning, his music had a more potent purpose and his clothing line Diamond Mind would be made to make us all feel like the Kings and Queens within. You can follow him on social media and be on the wait for more dope visuals and auditory sensations. 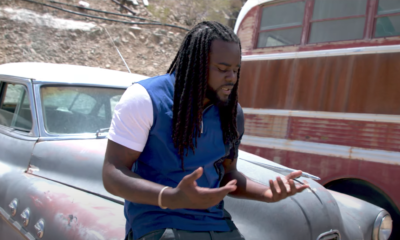